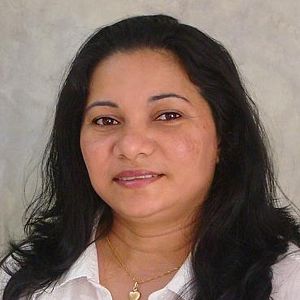 As an Architect, and an Urban Designer, my focus mainly towards creating sustainable urban settings… more

The objective of the project is identified as achieving ‘recognizability’ or simply marking an identity to the city.
In its achievement, identity-based design methods are applied; Principles applied are explained as copying, mixing, and co-scaling.

Student’s visualization of the existing city as ‘Chaotic’, with different building styles, density, and form is tried to emphasize in the design. It has made the building patches overlap and combine into a single image. Consequently, Orthogonal building design is visualized as it coexists harmoniously together with ‘disorderly, dense’ existing setting with open, undulation in plan with ‘straight & orderly’ in new. That is the idea that is needed to be emphasized as the ‘identity’ of the city – ‘in the mixing of different cultures, times, religions, styles and in their harmonious coexistence together’ in student’s terms.

The design objective is quite well justified in conceptual statements. In its achievement in the application, the recognizability or the intended uniqueness could have been better achieved. In short, the shocking effect would have been improved in the building massing.

The usage of colours and building forms is well thought out. Environmental responsiveness tried to be maintained by lowering automobiles and encouraging pedestrianized areas, bicycling, and providing places for people are interesting urban design ideas.

However, those places provided for people would have been more connected with the natural setting in its detailing, earthen colours, and materiality to make it more environmentally friendly and interactive with people, as intended. For example, rather than sit and wait, people can be made a part of the nature in this urban landscape. It would be a pleasurable experience in urban living.

Architecture, with its own identity, literally represents the face of the people who created it. It broadcasts the thoughts of the people who built it, telling the history they inhabited, the thoughts they lived by. It is the fingerprints on the photographic film of human history. A space that has its own identity lives, evolves. Conversely, having lost its identity, it becomes lifeless, impersonal, homogeneous.
Designing with identity in mind means fixing history on the canvas of space, giving people a place where they can continue history, a point where they can create and create from the experience that the territory leaves them. This approach is especially important in places with many layers of historical strata, where every innovation threatens to eclipse and depersonalize existing history. Beirut in the context of identity is not just a city. Beirut is the capital of Lebanon, a country where history has developed over thousands of years, where cultural and religious priorities have changed, where important events for the world have taken place. And it shows in every point of space.

Looking at Beirut from a bird's eye view, from the height from which an architect or urban planner looks at the territory, a picture of the life of the city appears before the eyes. Chaotic, different in style, density, form, and function, the building patches overlap, overlap, and merge together into a single canvas. Orthogonal building coexists harmoniously together with cluttered, dense with loose, undulating in plan with straight, new with old. This is the idea of the identity of the city - in the mixing of different cultures, times, religions, styles and in their harmonious coexistence together. This suggests the idea of creating the same unusual and unpredictable space, accommodating all possible scenarios of life together.
Beirut's distinctive patchwork of buildings come together on the territory of the former port, forming a completely new space that has important hallmarks of this city: high density, the absence of a "planned" effect, and unpredictability. Based on public interviews conducted by local journalists, it was found that the inhabitants of Beirut are attached to the identity of the city that they have and had before the blast or before the civil war. For them, the city is imbued with ideas, thoughts, messages that only they understand. By creating a new space according to the principle of copying, mixing and co-scaling, it is possible to achieve "recognizability" of the city, which is very important not only for the residents, but also for the newcomers.

Three important characteristic points in the territory were the port area, the passenger port and the religious complex. These spaces ensure the existence of the city - the ports help to remain not only the city, but also the country an important economic and tourist point among others, and religion accommodates an important mental and physical component for the locals.
The port part combines 7 important zones for functioning: the container terminal, the empty container zone, conventional cargo zone, new silo building, free zone, passenger terminal and port administration. Also included in the plan is an eighth zone that allows the port to be more flexible and adaptive - these are modular floating platforms that allow the port to scale up several times. These platforms can also act as cleaning systems. As they move across the water surface, they can pick up debris or waste, thereby cleaning up the water. The large area allows them to be effective.
The rest of the area quenches the needs of all sorts of social groups: students, families, the elderly, athletes, fishermen, swimmers, art historians, believers, merchants, creators, travelers. Particularly important and multifunctional areas are the cedar grove, transitioning to a park on the water, which allows you to experience the unique natural traditions of the country, filled with all kinds of plants and herbs culture, and a memorial area dedicated to the tragedy of August 4, 2020. Reflecting people's need to be part of nature, part of the shoreline has been given over to many new recreational spaces that allow people to interact with the water. These spaces are interconnected, allowing visitors to flow seamlessly from one point to another, changing the nature of their interaction with the place.
Also referring to the theme of identity, a tramway will be laid in the former port area, which will run the oldest streetcar in Beirut and introduce people to the culture of the city. Speaking of the transportation scheme, the designed space is aimed more at the use of pedestrians and cyclists, limiting the use of cars, thus making the space more environmentally friendly.
Thus, drawing on the unique historical and cultural value of Beirut and using identity-based design methods, it was possible to preserve the identity of the city by transferring it to a completely new space. In such a space, Beirut's inhabitants will remember their roots, children will grow up in their native culture, and visitors to the city will be introduced to a history new to them. Such a space will be a new layer in the structure of old Beirut and will allow the city to breathe, to live and to develop further.