Project main idea is based on the way of counter forcing the catastrophic event of Beirut Port into a new Prosperous Living Environment full of Life. This… more 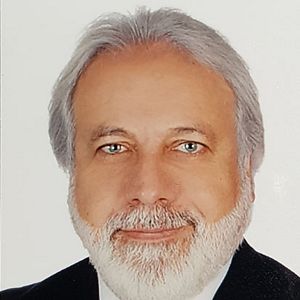 My focusing on multifunctional projects as well public and communities’ work.Construction documents… more

Beirut Port
Seeing the proposal and the impact of it on the port of Beirut with the feasibility of the project, however I would like to raise the following question.
The introduction of the mall like with having plenty of residential proposal since many dwellings surround the vicinity, and the relation with the port that will bring new tenant as well commercial, residential, cultural, however all proposed facilities in architecture that does integrate in the city with the port but in other way it will kills the human direct contact and scale which lead to a barrier toward the sea.
I may suggest removing the residential but keep the commerce and cultural in a small scale and integrated the city within it, as a memorial element for the silos as proposed why remind the disaster and the agony since we can introduce future but not forgetting the past.
The project has various functions all together but many of the proposed program existed in the vicinity , however it can be multifunctional that will bring the port and the city to a new futuristic era.

Project main idea is based on the way of counter forcing the catastrophic event of Beirut Port into a new Prosperous
Living Environment full of Life. This main goal is achieved by a creative and highly organized planning and
designing of area under concern, One of main design strategies is based on achieving a glorious panorama from
seaside parallel to that of land side, this will support the integration of the whole Beirut Port area with inland areas
of Beirut Metropolis.
Sea front pedestrian system had been guaranteed to enable touristic activities enhancement by adding electric carts
with cycling activity, the frontal movement system had been supported by semi-frontal internal pedestrian loop.
Both systems had been linked to Beirut urban tissue to ensure mobility and visional continuity to sea vista.
Realistic feasibility is attained through careful dispositioning of activities including buildings, green parks and
open spaces with sea plazas and circulation, for such reason the area had been categorized within zones and
subzones, mixing uses of lands had been adopted to increase livability. Feasibility of proposal had been approached
by maintaining as much as possible a balance between invested capitals including land value and expected returns.
To ensure achievement of above multiple objectives a spectrum of reasonable activities have been introduced into
the site, mostly covering human needs of a sustainable environment in all categories, parallel to the objective of
upgrading the technical capacity of Beirut Port main activities with a new balance of industrial-storage activities
in conjunction with their corresponding functions of administration and security.
Such main achievements will not be practical without replanning of the whole circulation system covering car
traffic in form of streets and needed car parking, those can ensure an easy movement for origin to destination
avoiding traffic jams and shortages of parking for the more densified activities with a fluent movement of trucks
by adding overpasses to minimize the overlapped uses of road for trucks and passenger vehicles avoiding creating
obstacles to visual sight.

1.1.Zoning of project
The project consists of two domains the human domain areas consisting of 15 main zones located in the
middle towards western part of Beirut Port covering an area of 108.6349 Hectares, the main functions of
this domain are residential, commercial, cultural, touristic-entertainment functions, as shown in Figure1.
The area includes major both landmarks that exceeds other building heights of Current Silo and New
Memorial Sculpture.
The industrial zone is located on the eastern side stretched to the mid-east zone occupying 2 main old
platforms it consists of 3 main zones of area sized 51.3030 Hectares . The main part is the eastern one
with loading and unloading dock and yards, conventional warehouses, trailers, and trucks waiting areas
3
with firefighting department are at the land side of the industrial area linked to city street system from
eastern area of the Port.
The main port administration is in the center of industrial area, with security building located in the
western side of this area. Smaller activities including empty containers, duty free zone and naval base
with new grain silo zone are all located in the middle and western part of industrial area. Project zones
are served by road system covering 22.9714 Hectares, Thus total areas under design of Beirut Port equals
to 182.9093 Hectares.

1.2.Main port area activities
The proposal consists of 7 main functions, starting with already existing industrial activity, proposal had
enriched port area with added human activities as mentioned in table (1) presented below with
corresponding areas and ratios of land uses, buildings and needed domestic car parking in form of
multistory buildings either separated or inserted in main building floors for 2 stories as had been
presented in plans.

1.3.New Beirut Port building mass
Beirut Port proposal buildings’ designated heights with reference to figure 4 that reflects
• The amount of square meters that will carry the internal activities as a main item determining the
capacity of investment proposed.
• The balanced effect of the mass on the total environment both on micro ( local scale) and macro
( Beirut City ) scale.
• The maximum efficiency obtained through the match between types of activities and the selected
building heights.
• The conurbation of activities in terms of buildings and adjacent spaces with surrounding ones.
• The integration of open spaces and green areas layout linked to sea front and whole area of
development with carefully planned pedestrian system.
• Ensuring gradual flow of masses in downwards form starting from inland areas to sea front to
obtain a maximum integration with the whole Beirut topography section in land-sea direction.
• The inland building heights ranges between 9 and 12 stories then lower height buildings are
placed towards sea front with 4 to 6 stories , lowest buildings heights are situated along the axis
linking central part towards Memorial Sculptures. This will in turn support the main idea of
having strong landmarks of new Memorial sculpture and the damaged Remains of Current Silo
to be focus points from sea panorama of Beirut Port at the same time from Beirut City.

• Depending on the previous mentioned strategies for planning and designing Beirut Port area
approaching sustainable environment in the three main dimensions led to a reasonable densified
land use, the resulted F.A.R, for different zones and subzones mainly are within 1.20 to 4.20
ratios except industrial zone with limited building mass.
• Gradual change in building mass is achieved with increasing magnitude from east towards
western zones which is which aims to support economical basis linked to sufficient land for
specific functions.

The proposal consists of 7 main functions, starting with already existing industrial activity, proposal had
enriched port area with added human activities as mentioned in table (1) presented below with
corresponding areas and ratios of land uses, buildings and needed domestic car parking in form of
multistory buildings either separated or inserted in main building floors for 2 stories as had been
presented in plans.

• Main functions using land are entertainment and commercial activities forming about 43% of
area those will be main and rapid income generating functions encouraging investments to obtain
capitals to develop service functions, followed by transportation with about 22%.
• The newly developed industrial areas cover about 18% that shows rearrangement with
densification of land use leading to high management and port material processing. It is worth to
say that the proposed circulation system especially vehicle wise will have both advantages of
minimizing irregular truck waiting and separating cargo vehicles from domestic ones by added
bridges leaving main human domain areas free from truck intervention.
• Following activities are residential, cultural and administration that contribute with about 17%
of land. It is worth to say that adding residential areas to human domain area will prevent late
night hours site being vacant from active function. The problem which had not been engaged
with in Beirut Previous Port as no main human functions were existed, as the whole area was
devoted to port industrial-storage functions.
• The human domain spaces are integrated by a network of pedestrians that links sea front sight
and activities to inner project activities ensuring linking with Beirut city central parts as indicated
in figure 2, the system encourages touristic electric carts driving added to bicycles safe driving
pathway, for those reasons the land devoted to both main and secondary pedestrians contribute
to about 21% of land uses
• The vehicular traffic system indicates two different systems, the public part linking human
activities to Beirut City which is located at the southern part with loop design layout , while the
second system is private and is enclosed within industrial zones in the eastern part of the area, to
maintain both safety and security and linked to the public system by three links and gates two
main ones and one gate for emergency, this layout ensures complete separation between two
systems in order to enable human activity vehicles move more safely and efficiently.