LAND HERITAGE TO THE INFINITE SEA: BEIRUT, THE NEW HEART OF THE MEDITERRANEAN.

Beirut reveals itself as the main Lebanese city, marked by charms and contrasts resulting from a long history of occupation and a significant economic activity… more 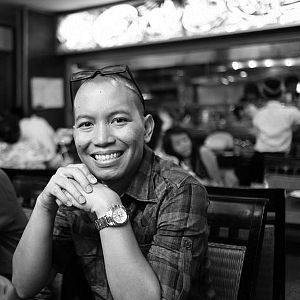 this is a beautiful project and make me do some initial research about the site.
this is my comment:

1. The Silos Memorial development should be parallel with the bussiness district development. The bussiness district should be initiated on the first place because it can be an attractor to both Marina and residential area. It can also escalate the land price and the value of the area and give a significant impact on taxes revenue to fund the whole development.
2. This whole development should need a stronger Datum to bind the whole area to create wholeness. On this project, i can only find the green belt as a Datum on the Passenger area, Residential and Truck Parking.
3. The Residential area was design using a cartesian grid that is not like the spirit of Beirut's ancient grid which is so dynamic and sacred.
4. Somehow the Silo memorial was placed quite far from the bussiness district and residential area. it is understood that an active Silo could be dangerous but a memorial places should be near with humanity and urban attraction.

well that's it Carolina... i know that im not personally bonded with Beirut, and i could only understand a bit of historical aspect using a wikipedia and some paper about urbanism in Beirut. so if one of the comment i made was wrong. i hope you can write a feedback to me also....

Beirut reveals itself as the main Lebanese city, marked by charms and contrasts resulting from a long history of occupation and a significant economic activity started in Antiquity due to its strategic location in the Mediterranean Sea and for being at the confluence between Europe and Asia. In 2020, an explosion of ammonium nitrate in the harbor entered its trajectory, marking the history of its country in great proportions.
Resilience is an ability that marks the life of the Lebanese people as a way to overcome their obstacles and continue to believe in the future with sustainability and that's where our project started to develop. Tradition, established in the solidity of its values and culture, and modernity, by its trajectory of constant evolution associated with a pathfinder spirit, were the drivers for the reconstruction of a new modern port and the waterfront, bringing the necessary infrastructure modernization to contemporary ports and diversifying the use and occupation of the land for the connection of 3 port and maritime zones with the rest of the city.
In this way, we create a fundamental tripod that will guide us throughout the project, aiming at the Rebirth of the city the Modernization of the Harbor, and the Beirut of the Future.

The primary guideline of the masterplan is the balanced connection between the different urban spaces and the new harbor area, providing a new wave of modernization based on 4 pillars:
1 - the modernization of the harbor and the installation of a memorial to the victims of the explosion;
2 - the construction of the harbor district;
3 - the development of the Business center — the Beirut of the future.
4 - and an improvement in the path of the tracks and circulation of TRAM connecting the main attractive points.
These three areas are connected by a linear park permeated by cultural pavilions, leisure spaces, and a system for TRAM.

MEMORIAL:
To maintain the memories of the past, it is proposed that the old silos remain a ruin due to their significant dimensions, but within them will be housed a memorial to the victims of the explosion as a space that denotes the resilience of the Lebanese people. In addition, a walkway will be inserted in the territory, building a passage over the waters as an emblem of overcoming the tragedy, leading to the ample memory space. We unite the past, stitching it to the present and the future.
HARBOR MODERNIZATION:
For the new harbor, a transition was desired with the layout of the city and an improvement in internal and external circulation, and in the zoning of its sectors for the efficiency of harbor operations and their logistics demands.
BUSINESS CENTER:
The waterfront will emerge with a cosmopolitan Beirut, a beacon of the new times, with business centers marked by iconic architecture to attract investments and contribute to the development of the country. In addition, it will establish a place for conviviality and leisure in this reconnection between the city and the sea with new hotel developments, boosting tourism.
Integrating these 3 areas is an urban park with cultural pavilions and the passenger terminal with vast gardens to give the buildings monumentality. Besides that, a new neighborhood was created for it, seeking to establish a multipurpose city, with new economic, social, and cultural dynamics dedicated to the local population.
Our project connects daily experiences and future expectations, past, and future allied to compose a contemporary Beirut, which intends to emerge in the East as a symbol of Lebanon's upliftment and rescue its distant renown to establish itself as a new epicenter in the global market, established in the heart of the Mediterranean.

Considering 3 independent areas which integrate themselves, it's possible their deployment in different phases, making the masterplan economically viable over time. Besides that, the search for investors is facilitated by this kind of deployment.