18:08:18 - these are the numbers that will remain in the memory of the inhabitants of the city forever. Numbers that forever left their wound on its body. more 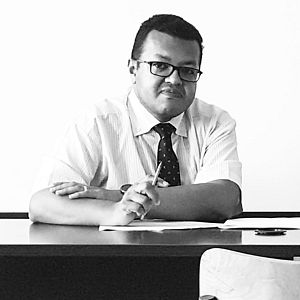 The project as a conceptual design is looks good with its theme and concept and also through the distribution of land uses in relation to the surrounding context but in detail, it was not clear enough to show the circulation networks between vehicles and pedestrians, public spaces and service circulation in addition to the different relation between private, semi private and public zones.
The use of the dome with huge scale is not logic especially from structure, environment and the need for such element. And also for the surrounding buildings that make the building distribution not coherent
In overall, the project was presented well but it was needed more efforts to get it more realistic or logic developed.

18:08:18 - these are the numbers that will remain in the memory of the inhabitants of the city forever. Numbers that forever left their wound on its body.

The idea of the project is to perpetuate the memory of the incident that took place in the port of Beirut on August 4, 2020. Our team would like to preserve the ruins and the crater exactly as they exist today, hide them from all kinds of weather conditions and other cataclysms, and create a sacred place in a noisy city. So that is how the concept of a large sheltering dome, a “sarcophagus”, appeared. With its shape, it refers to Roman architecture, which had a significant impact on the development of the city. Our team, of course, would not want such tragedy to happen again in the future, so the dome, consisting of small elements resembling an explosion, which, as it were, freezes in time, is intended to serve as a warning against negligence. The dome has a hole through which light enters the epicenter of the explosion and leaves a ray of hope for solving such problems. Pavilions for free use will be placed at the location of the former hangars. The pavilions can house a museum of memory, cafes or shops. All the surrounding buildings are subordinated to the memorial complex and are superimposed on the recreated hangar pavilions. This decision makes visible the layers of human life on the territory of the port.

The layout project assumes the placement of a memorial complex, cargo and passenger ports, residential areas, public space, and recreation areas on the territory of the port of Beirut.
The memorial complex is located at the site of the explosion, and it is a dome located above the destroyed warehouse and a funnel that has a pavilion inside. The dome consists of inflatable elements connected by a common structure. The pavilion is constructed of metal structures and is associated with hangars formerly used here.
The cargo port is in the eastern part of the site and consists of places for the shipping containers and storage hangars. The passenger port is attached to the western part.
Residential areas are located on the southern side of the site, adjacent to Charles Helou and the existing city development. All blocks are designed with a closed yard and have a different number of stories descending to the coastline. The first floors are designed to be lighttight and available for commercial use.
The community center is in the geometric center of the territory and connects the existing urban development with the memorial center. It mainly consists of high-rise buildings that create a dominant along with the dome of the memorial center.
Recreation areas are mainly located along the coastlines and are designed for outdoor and indoor activities. They include promenades, cafes and restaurants, sports and playgrounds, swimming pools. Each residential block has a yard for quiet recreation of residents. The territory is connected to the existing development by alleys perpendicular to the coastline and leads to an area with a developed public infrastructure.