Towards an active Beirut

Two years later, few things have changed. A city where roads are built, but there's not a public transport system. A city where parking lots double the amount of public space and green has perished consolidating a concrete jungle. A concrete jungle that grew up wildly but that is surrounded by a limit that disconnects the city from its coastline. One explosion, 300000 displaced people, a high unemployment rate, and the absence of operation and production.

Beirut seeks its reactivation. The proposal starts by adopting the concept of the active city. A city within a city. A district that concentrates all the functions of the same and not just the industrial as the machine’s port has become obsolete and must be replaced by a port for people. The proposal seeks the return of the coastal profile to the people reconnecting the city to the sea. The extraction of the current port and the movement of its industrial operations is the first step.

The principal objective of the proposal is to generate an urban extension capable of being attractive, livable, and economically active. A vibrant city. The program is seen as a new opportunity condition, and so the organization of the site is done through a series of programmatic parallel bands that respond to the morphology of the past port creating a diversity of functions. The synergy of the diversity is expressed physically through the green belt which is the element that creates cohesion over the bands singularity through circulation and movement. 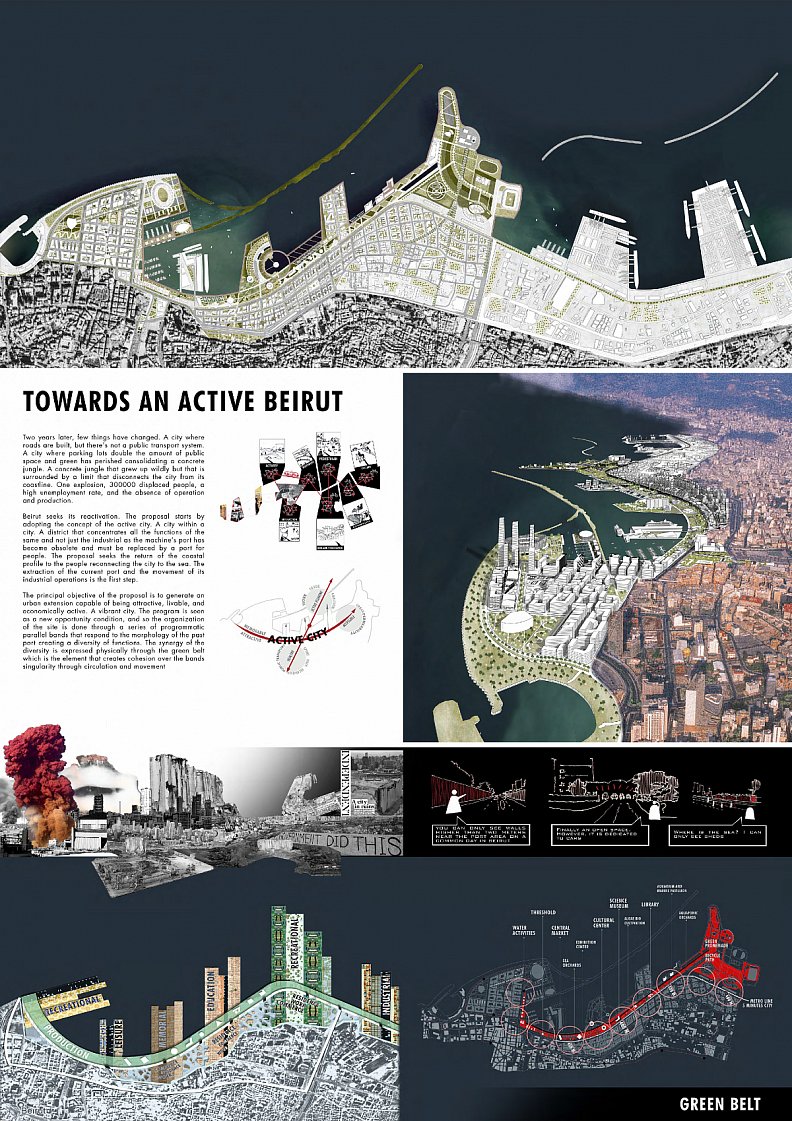