INSPIRELI AWARDS > > a connection
Back to the competition gallery
Architecture

The project deals with the connection of the campus to the city. Each of the campus facades gets something different from the city and is exposed to a different surrounding of buildings, noises and stir. The university environment is very diverse, there are very intense and structurally dense parts sidelong to wide green areas. Among the facades, there was a contrast between two parallel facades in which, one facade faces a street full of transportation and a continuous dense facade of buildings and the other facade which is parallel to, is faces the Freedom Square, which is a quiet urban park. The idea is to create the connection between the opposing worlds within one space, And using the campus as the connector.

the building is located in the heart of the courtyard, and responds to each facade differently, one side of the building is dynamic and intense, a walls penetrate the facade In the form of knives creating unique spaces in between, creating a motion and diversity. the facade on the other side connecting to the calm side in a static and quiet way, frosted glass box and Plenty of vegetation creating an peaceful and quiet space. This creates a clear division in the yard into two yards with a different nature that connects to the different places of the city. in addition, in order to create a viewpoint to the city toward Bratislava castle and the old town, the last level of the building continue on the roof of the adjacent building, peeking to the city.

the building connecting to the existing building creating a flow between the spaces and Maintaining the facades of the glass blocks. usage of reinforced concrete as the main structure, frosted glass curtain walls on one side and a combination of Colored aluminum clad walls and glass on the other side. 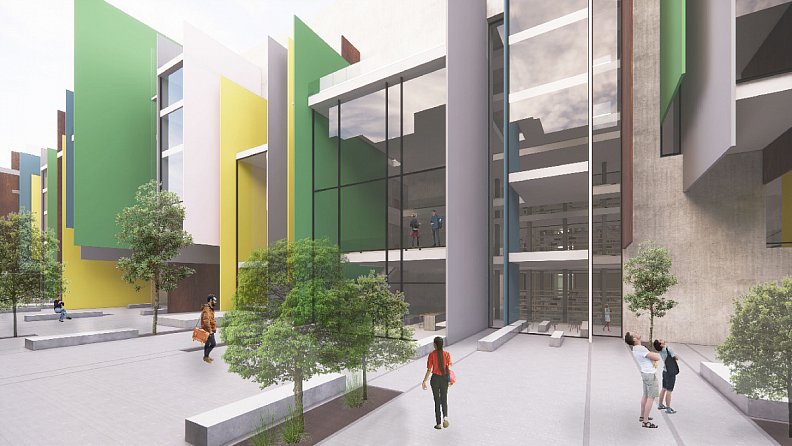 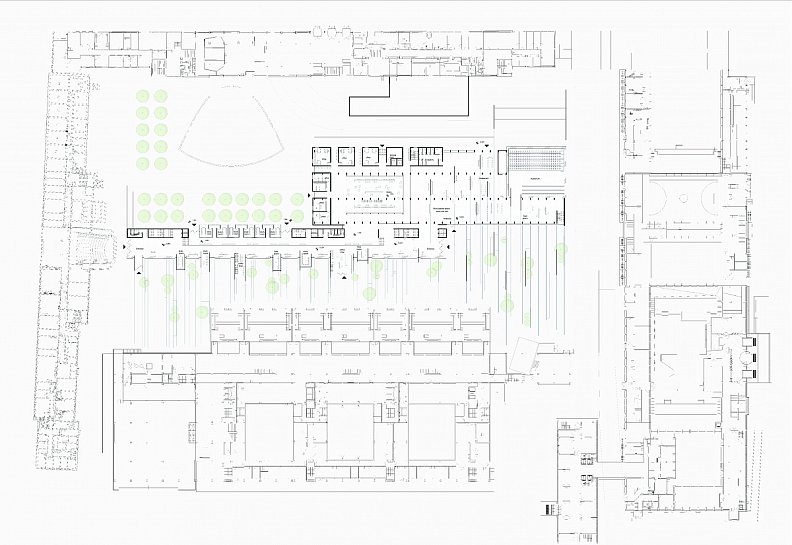