The main idea of the theatre reconstruction is to creat a new and sustainable environment around the existing theatre using modern materials.
The main building of the complex is the existing amphitheater, which is created from an artificial hill, because Uagadugu is characterized by flat relief. In the current situation, as can be seen from the photos, the mentioned hill is undoubtedly the most impressive place of the complex, as well as quite a green place. Against the backdrop of flat terrain it reminds us of a real mountain, this is where the inspiration for my idea comes from.

The main idea of the reconstruction is to creat several additional artificial hills around the amphitheatre, while between the existing and new hills, the theater complex will be built and new buildings will be built using local materials. The existing amphitheater will visually be the main, highest hill, and the visitor will pass between relatively small hills before arriving at the main hill. Artificial hills, which must be planted , Planting greenery will creat a certain microclimate in the area, which is very important in the local climate. An additional plus is the shape of the hills, they will be developed in such a way that it will direct the wind masses and facilitate the natural ventilation of the area as well as new buildings, ventilation. 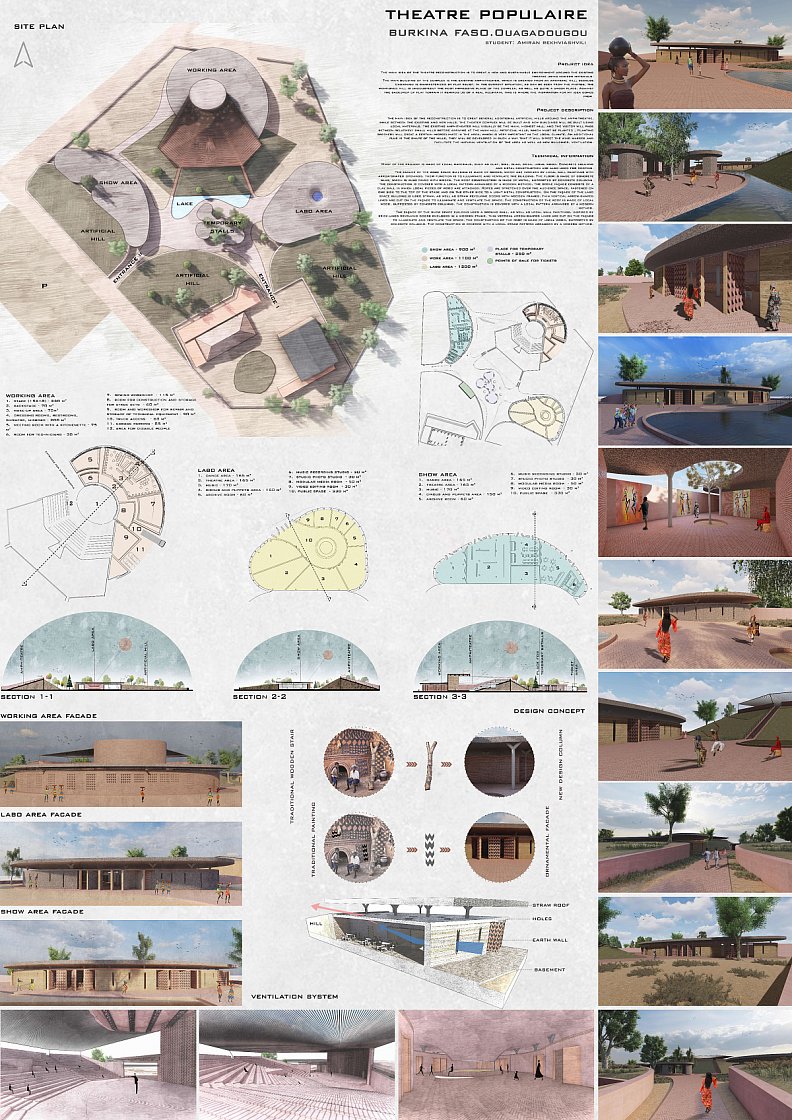