INSPIRELI AWARDS > > 编制盲点
Back to the competition gallery
Architecture

1/Blind Spot-Eyeball Structure
Picture: A group of people with only white eyes (all are, looking around, just not looking at the spot where the blind spot is.
Word:
Blind spots are things that originally existed and can be seen, but because the line of sight is at a special angle, the things that should have been seen are no longer visible.
The root cause of the Beirut port explosion is the inflammable and explosive items that existed in 2014 and have been in the port for 6 years-this is a huge blind spot that exists in people's minds and materials.

2/trauma-cutting
Picture: The cut and tearful person
Text: The Beirut Port Explosion brought too many sudden deaths, too many industries were suddenly interrupted, too many people’s lives were disrupted, too much pain, too much panic, too many tears, too much new dust and Rubbish.


3/Knitting-occlusal structure plus and staggered stitching
Figure: Knitted structure
Text: While the Beirut port explosion brought huge trauma to Lebanon, we can also see a lot of precious things. I remember that in the news after the explosion, there was a wife who was having a wedding at the time of the explosion. Her wedding was destroyed by the explosion, and her wedding dress became dirty and torn. A reporter wrote: After such a life and death disaster, the couple had to re-know each other and rethink the meaning of life, but they still chose to join hands for the rest of their lives. Just like them, countless shops were destroyed and people's lives fell into darkness for a time. However, apart from grief, we can see the highest virtues of the Lebanese people who heal each other, face together, and advance hand in hand in order to rebuild their homes.
The wedding dress is torn and can be patched up with needlework. The tragedy of the Big Bang in Beirut Port can also be made up.

Corresponding to the above three points：
1：So ​​the evolution of the single memorial tomb module refers to the formation principle of blind spots in the eyeball
2：So ​​the building uses a clean cutting technique to cut the original silo structure. This cutting means people are injured and wounds that are difficult to heal completely.
3：So ​​the principle of how to connect each unit in series is derived from the Middle East knitting technical drawings. After the stitching is completed, wind, light, and plants can walk in the building like needles and threads.

Some knitting skills, some news files, some map files 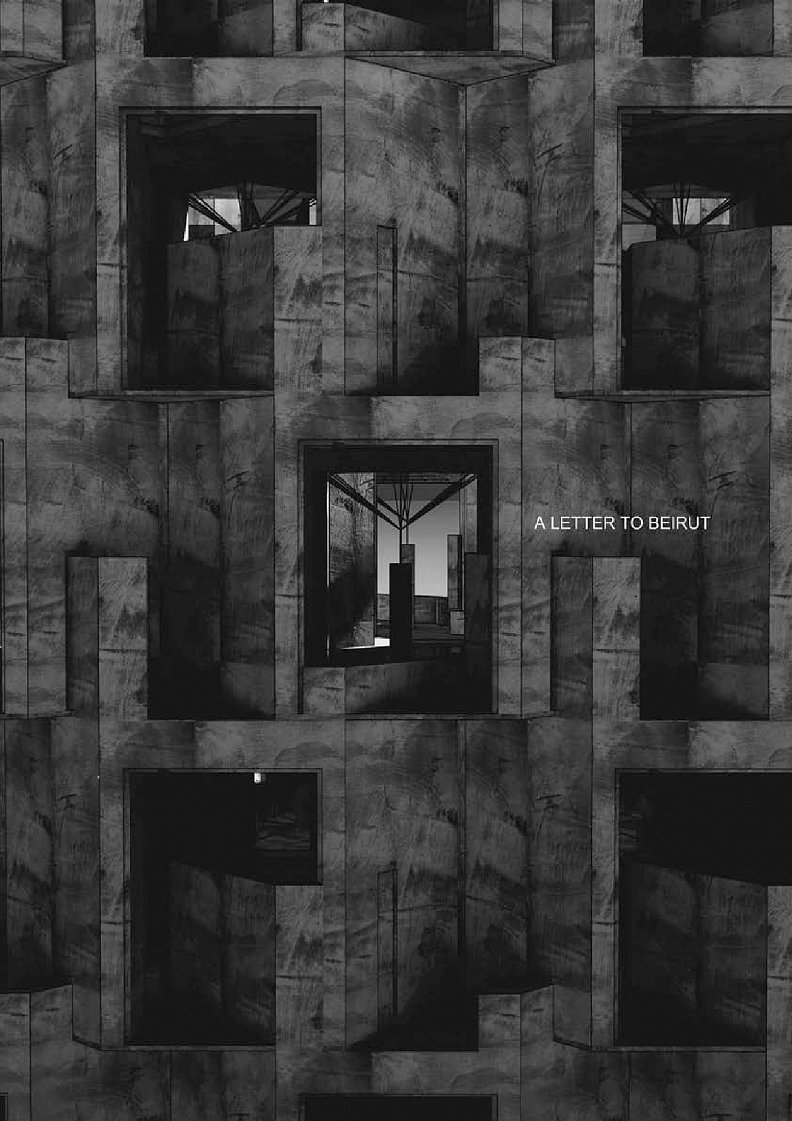