Our world is actively developing. The stone jungle of megacities is growing, hundreds of models of gadgets are being released, new discoveries are being made in science, society is changing. But man is arranged in such a way that he cannot exist without creation. For self-knowledge, he turns to art, history and, of course, to religion.
Our project was named "Tulip". We chose the tulip as a symbol of the connection between the present and the past.
Scientists have proved that the wild tulip originated 10-20 million years ago in the territory of southern Kazakhstan. The Kazakh steppe blooms annually with 36 species of tulips. Of these, 18 are listed in the Red Book. Scientists compare the age of a tulip with a person's life. This is childhood, youth, maturity and old age. Active flowering occurs only 15 or even 17 years after the formation of the bulb, which has been growing stronger for years. Tulips bloom up to 70-80 years. Then the decline begins.
The tulip is an integral part of not only the flora, but also the culture of the state. It can be found in ornaments in architecture, national costumes, household items.
When designing the mosque, we turned to the image of this particular flower. The temple resembles a blossoming bud. Next to the mosque, a library is provided, which in shape resembles a petal that has fallen out of a bud. Tulips can be found in the paving of the main square, and in front of the mosque itself, we suggest planting a colorful carpet from this beautiful flower. There is also a dining area on the main square.
There are many references to gardens in the Qur'an, and the garden is used as the earthly counterpart for living in paradise.
When designing, we proceeded from the canons of Islamic gardens. One of the canons is water. On the territory of the park there are canals, fountains and small ponds. Water plays a key role in our project. It can be seen, touched and heard.
The geometry of the project also plays an important role. Regular shapes as a symbol of mathematics, geometry and astronomy. This is a tribute to Islamic scientists, thanks to whom various sciences have developed and are developing.
There are also quiet places on the territory - green rooms where you can stay alone with your thoughts, and active zones - a labyrinth, a playground, an embankment. The lawn is functional throughout.
The highlight of our project is the "lying" bridges on the surface of the water. They are closed in an irregular shape, and their inner part is provided for aquatic plants, such as: water lilies, lotuses, egg capsules, pistii.
The project includes parking, a security post, utility rooms and a pier for small boats and catamarans. 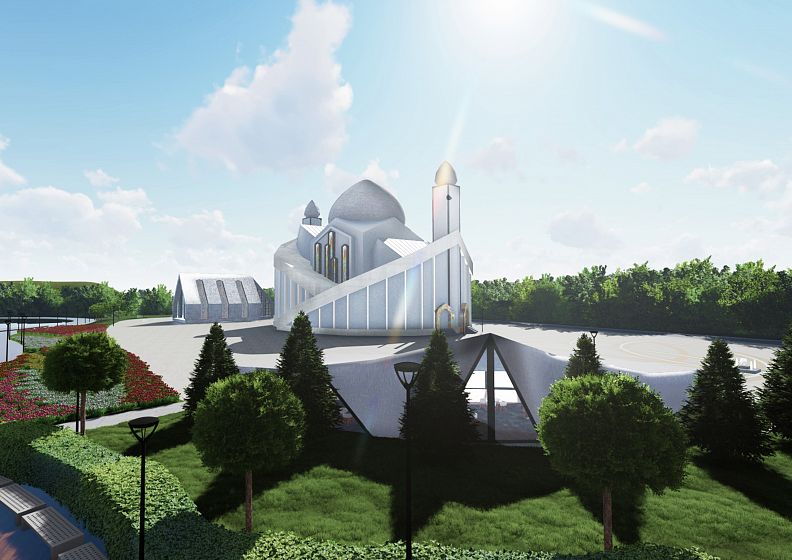 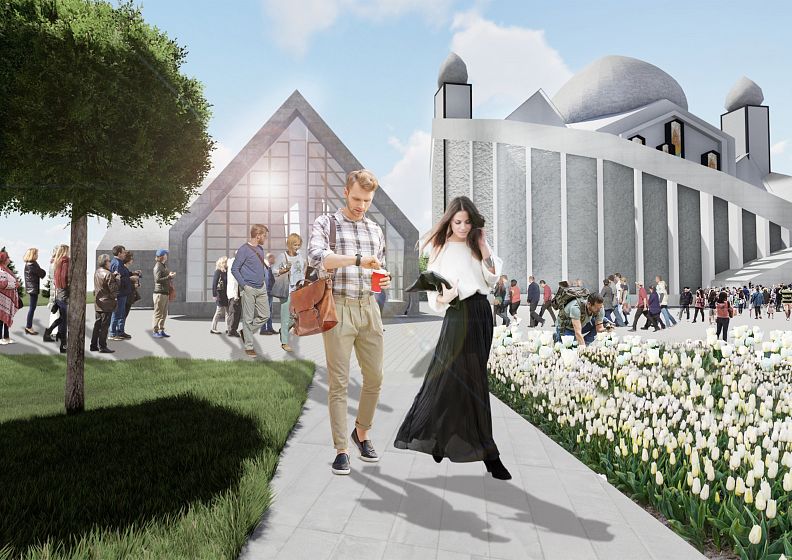 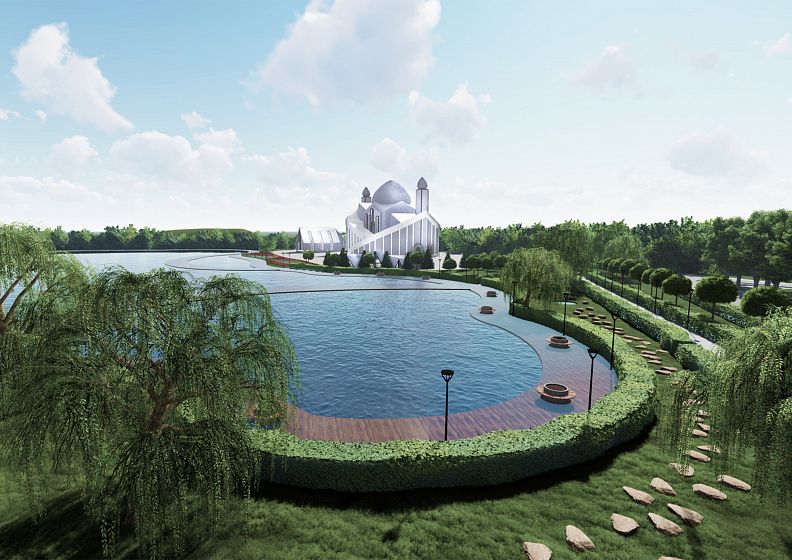 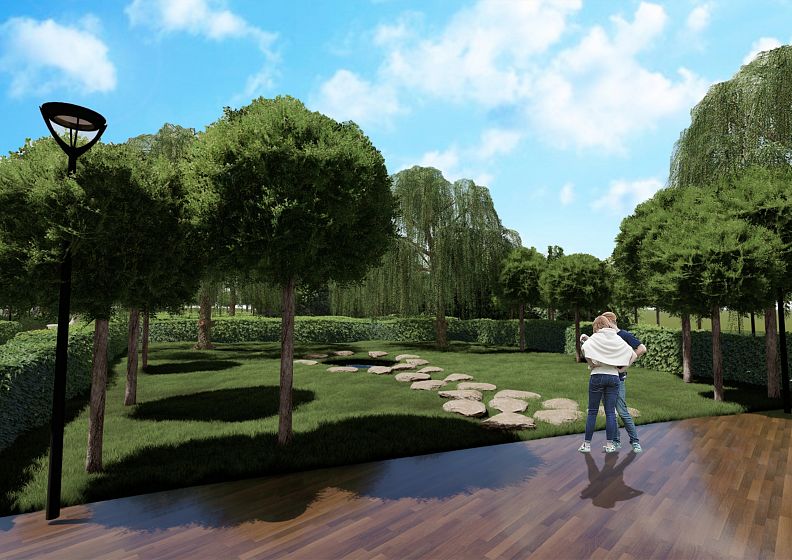 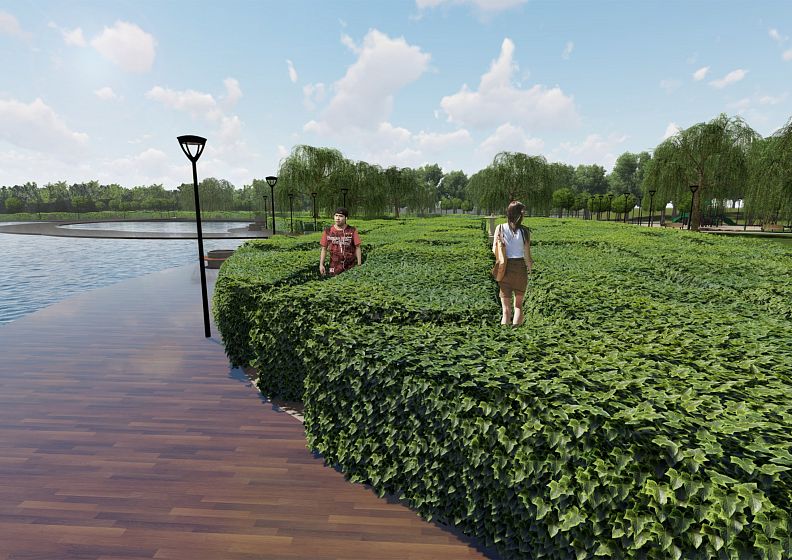 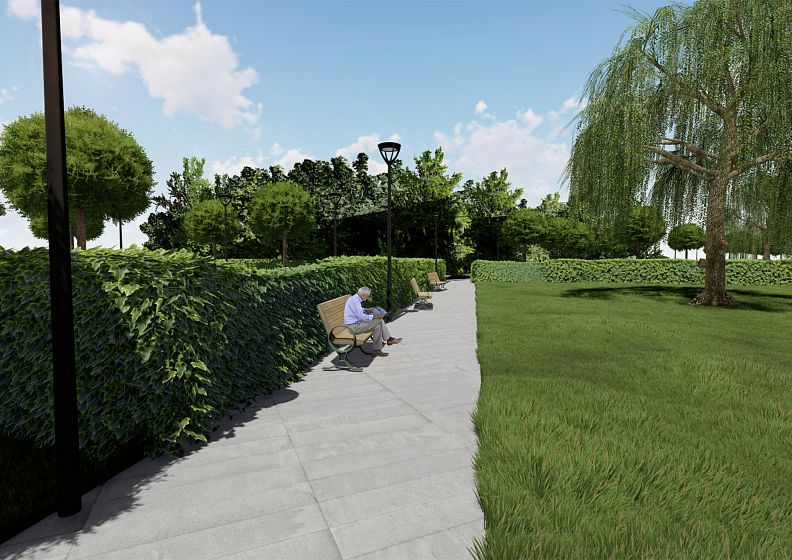 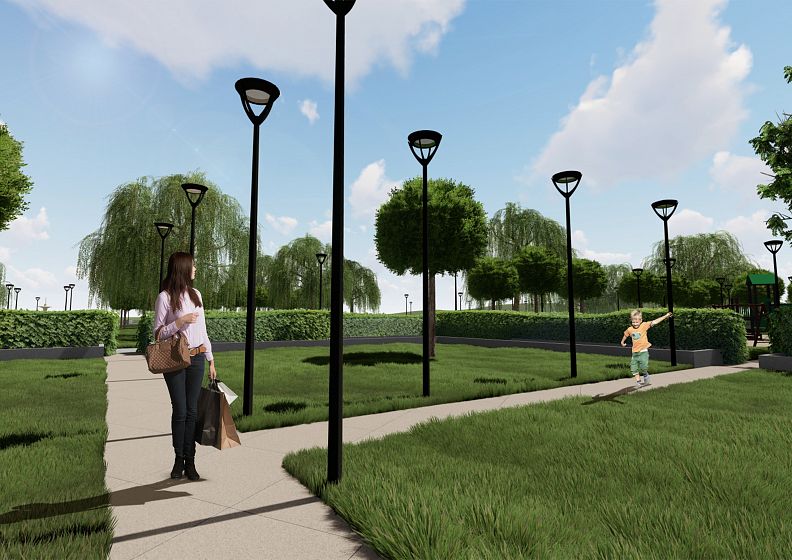 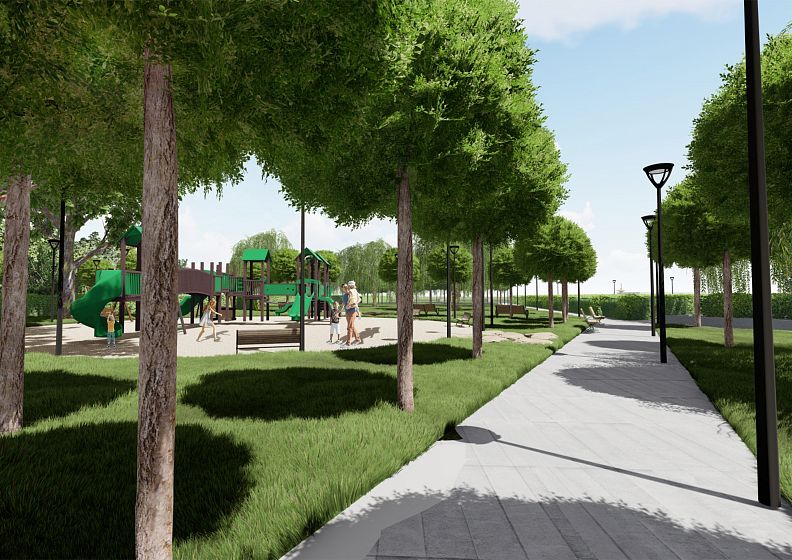 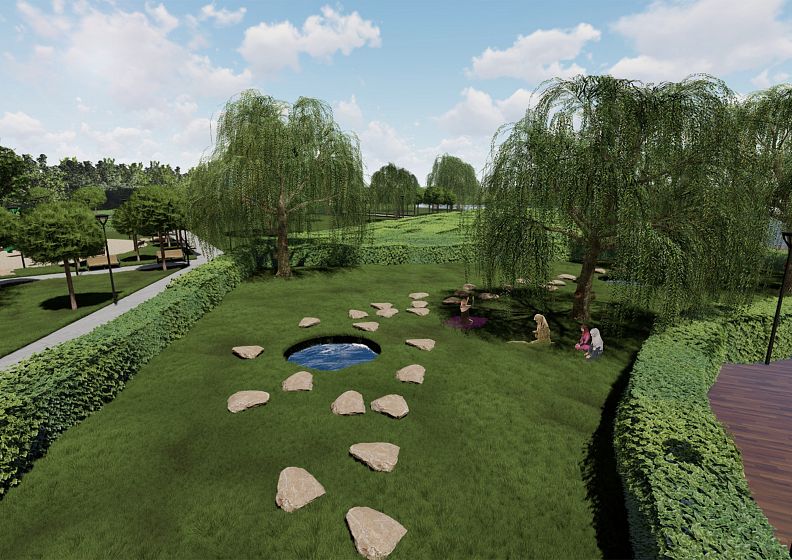 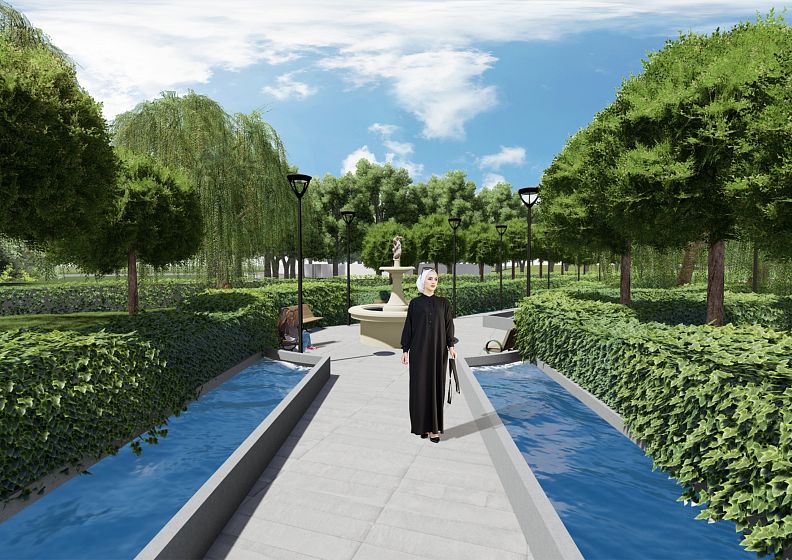 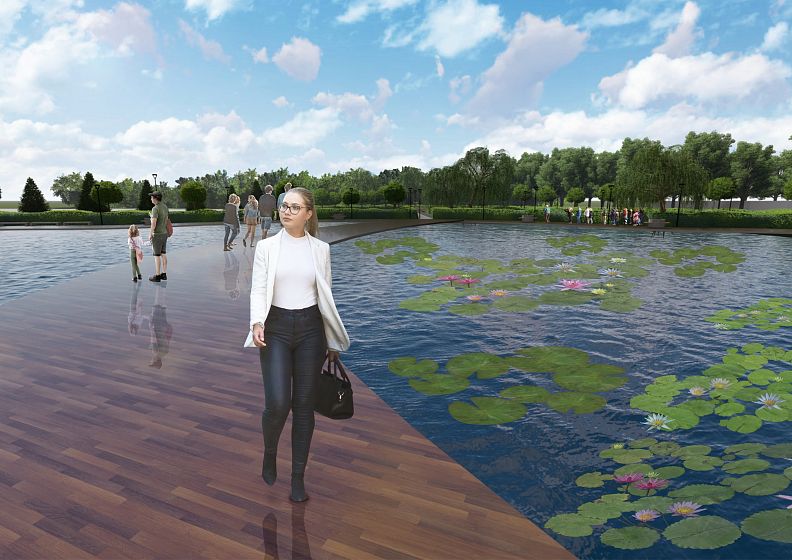 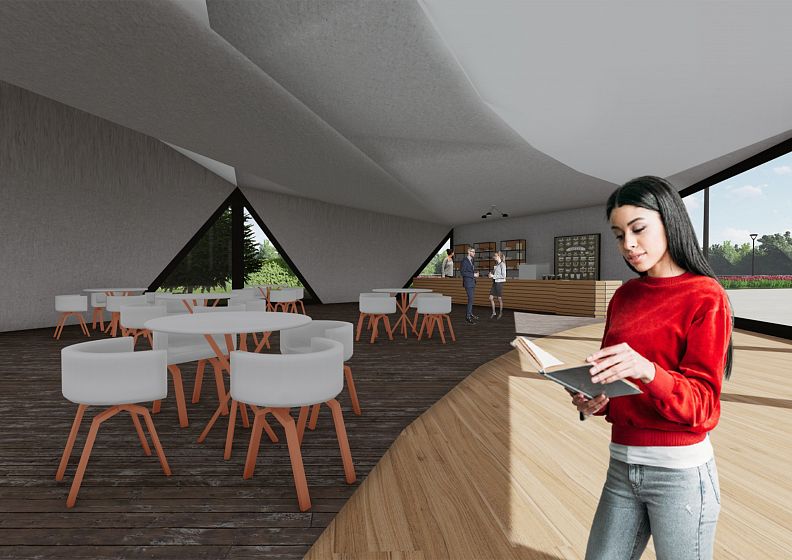 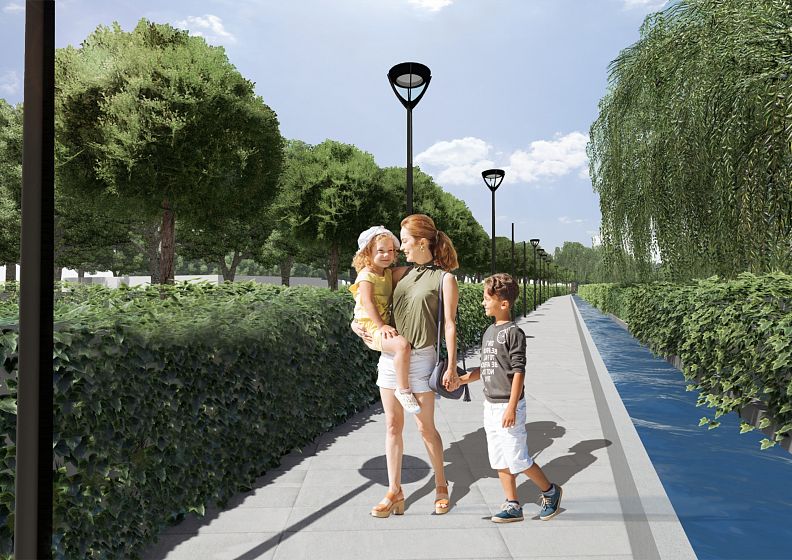 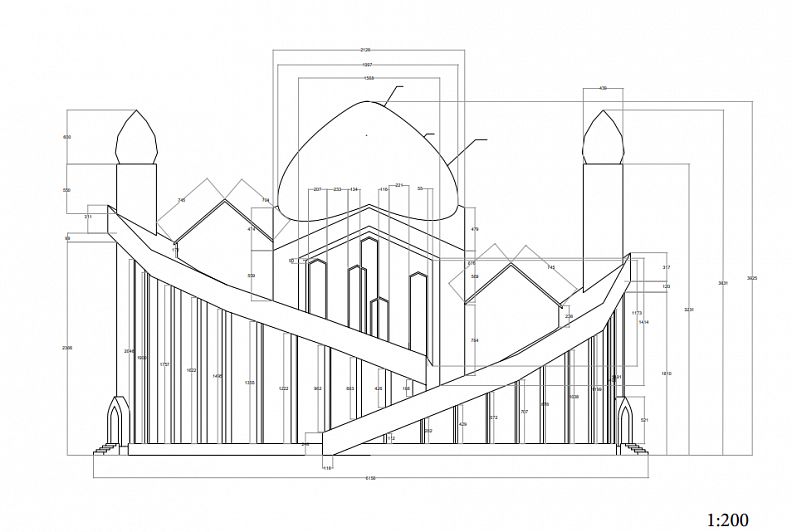 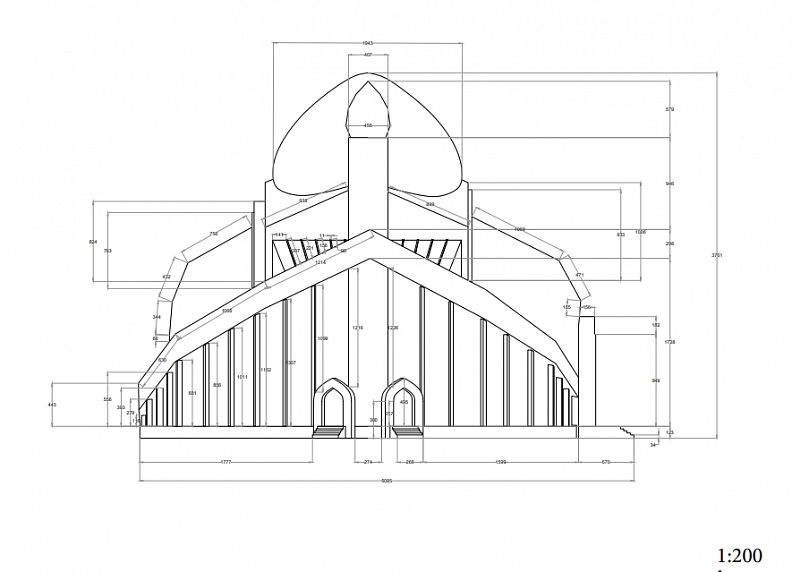 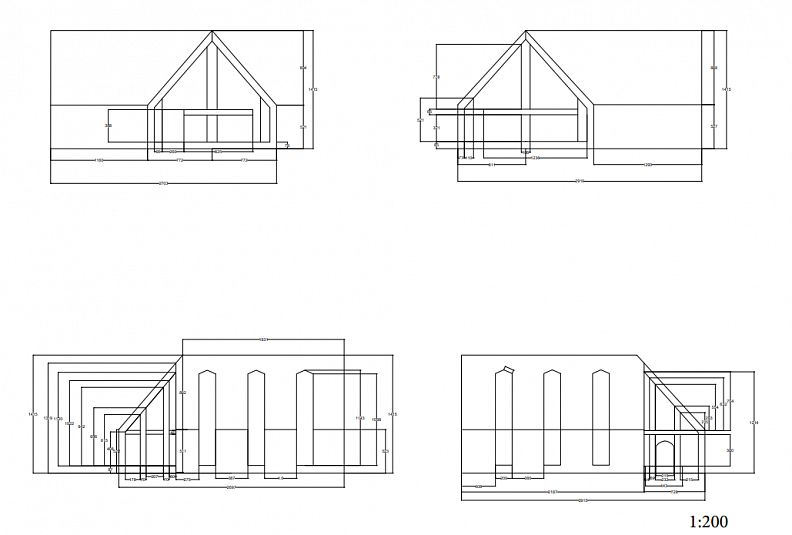 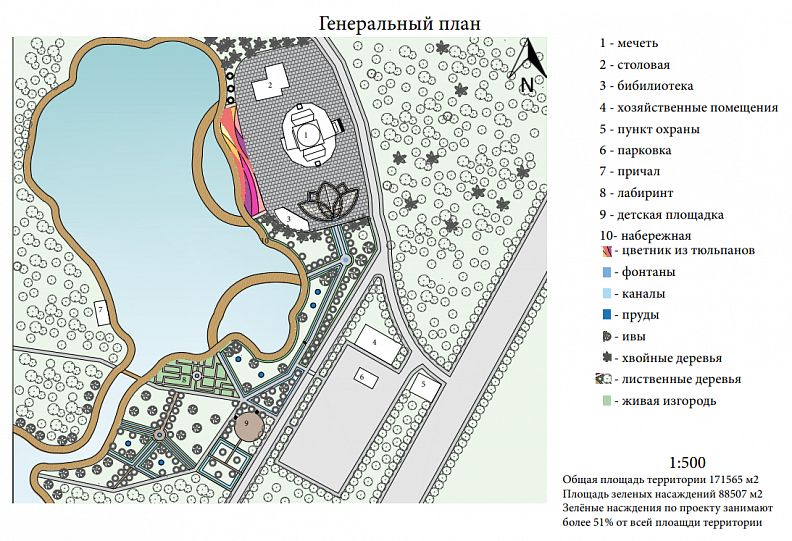