INSPIRELI AWARDS > > B - PORT, THE HEART OF BEIRUT / STEP OF TIME
Back to the competition gallery
Urban Design and Landscape

B - PORT, THE HEART OF BEIRUT / STEP OF TIME

The main concept and goal was to create a new space for "life", which is based on the idea of ​​GREENWAY, ie answering part of the territory through green areas, routes, and thus create a quality environment. Create a new territory identity in a different design of land use. The main inspiration for us has become the idea of ​​GREEN CITIES, which is already being developed by many countries. The concept of a green city is a new response to the problem of creating denser, greener and more viable cities. The whole area is divided by the composition axis, which represents the route of the pedestrian zone.

The work was based mainly on the assignment we received from the announcer and the organizer of the competition. The assignment is based on creation of the new port not only as an architectural element but also as a city zoning plan. Use of expensive land to support the economy, the economy, services and trade. The proposed solution is divided into 2 main parts, with the first and main part being the new port and the second part being solved as an additional program for the public. The new port is designed according to the main 7 parts of the Beirut port, which is supplemented by new possibilities that the new port offers us, such as a form of container storage, use of the coast, port management. An important point was to return the port's ability to engage in world trade markets.

Have you ever realized that meeting places, connections,
experiences, spaces?

If a person walks in the current state of the site, he will notice immediately several nodes present and connections and therefore the main ones need to be defined places: silo, place of explosion, bus station Charles Helou and created a main walking route. We abstracted moves into interesting game. The creation of a hierarchy between the areas led to an important element of the project. The project focuses on connecting the city and the port, so the port of Beirut would become a connection public and private spaces through abstraction existing nodes presenting functions. 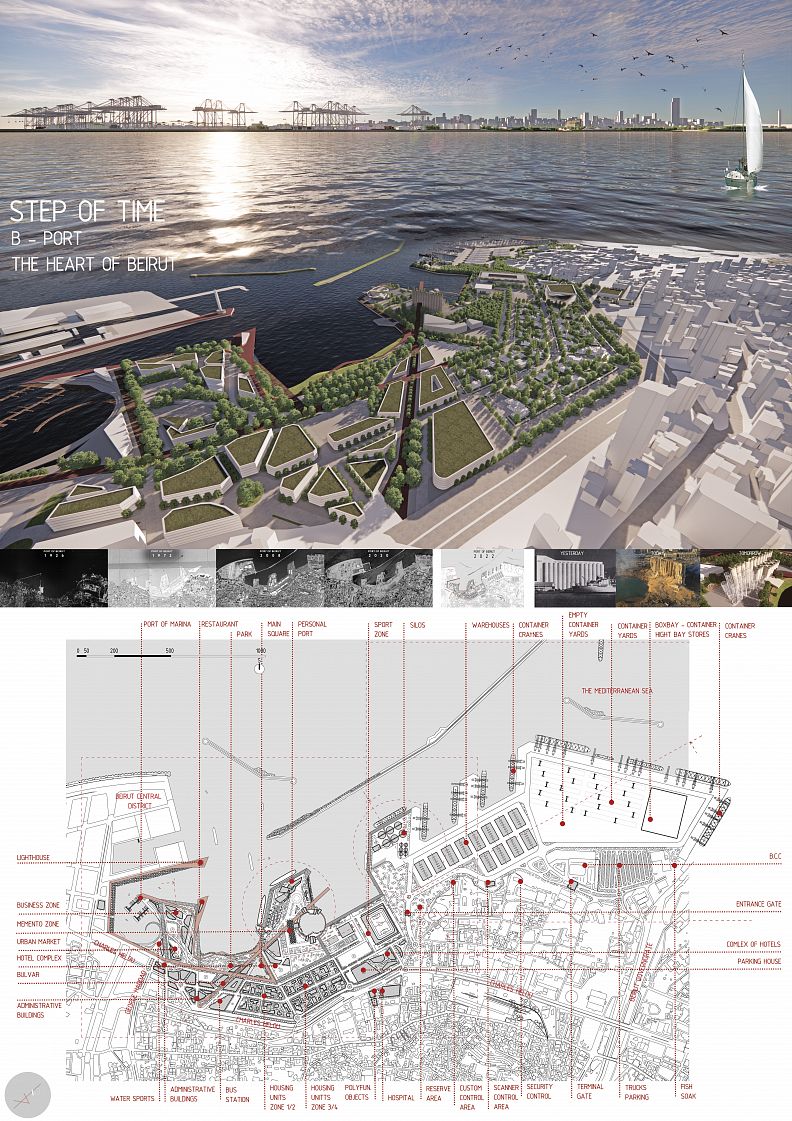 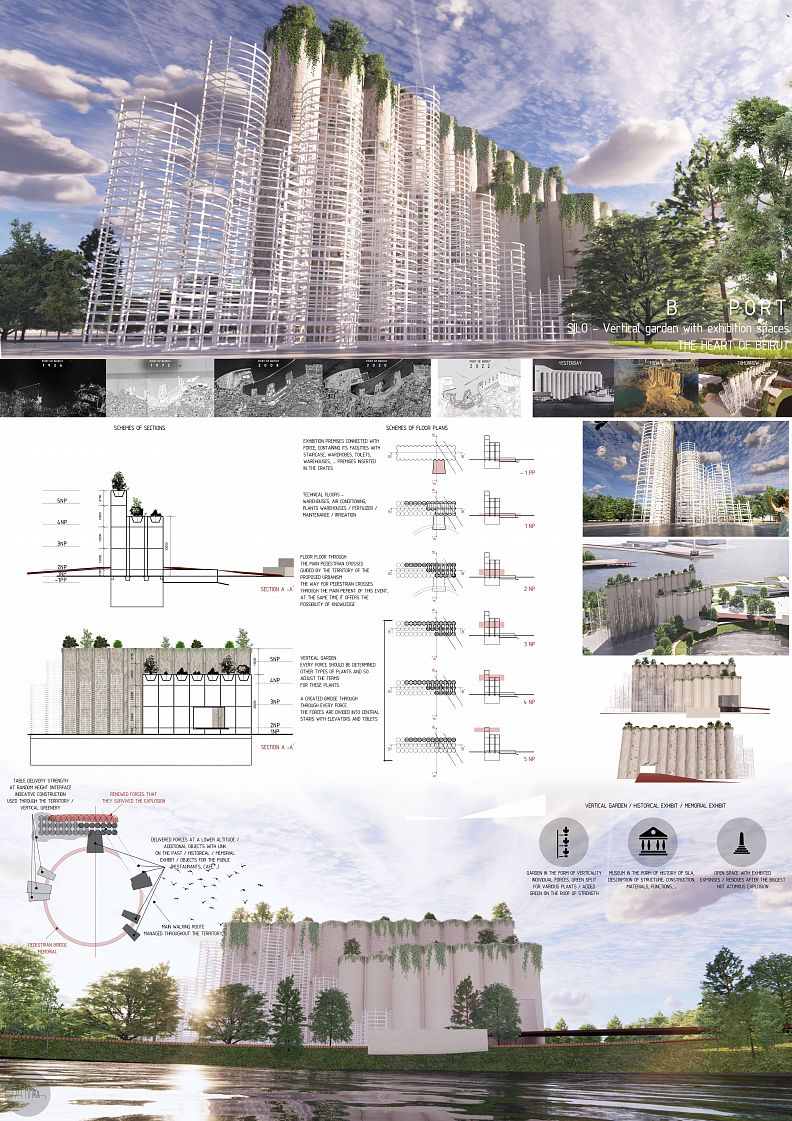 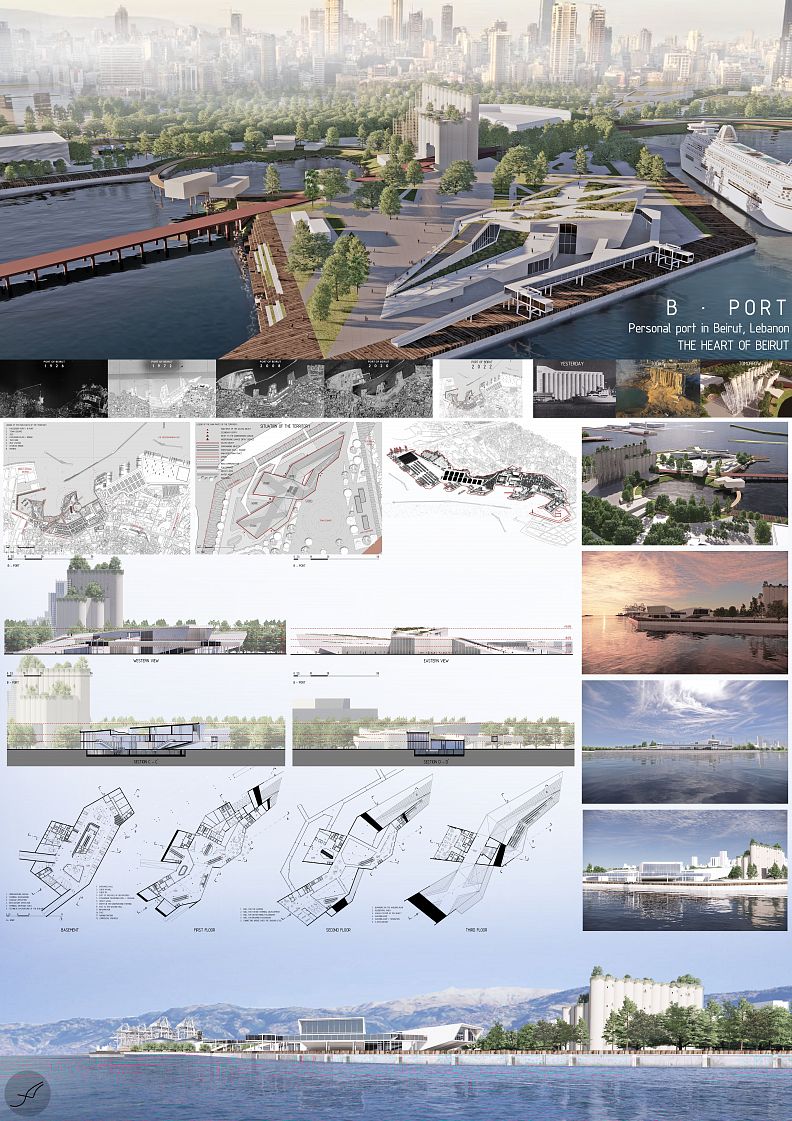 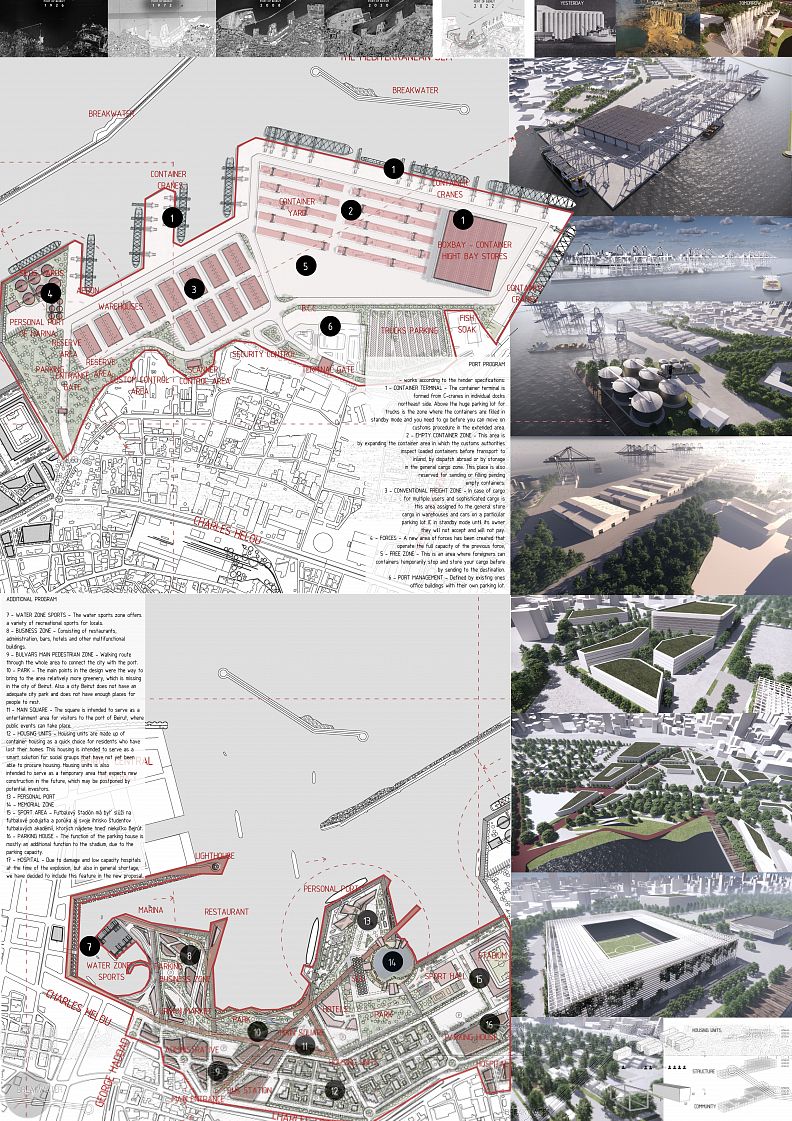 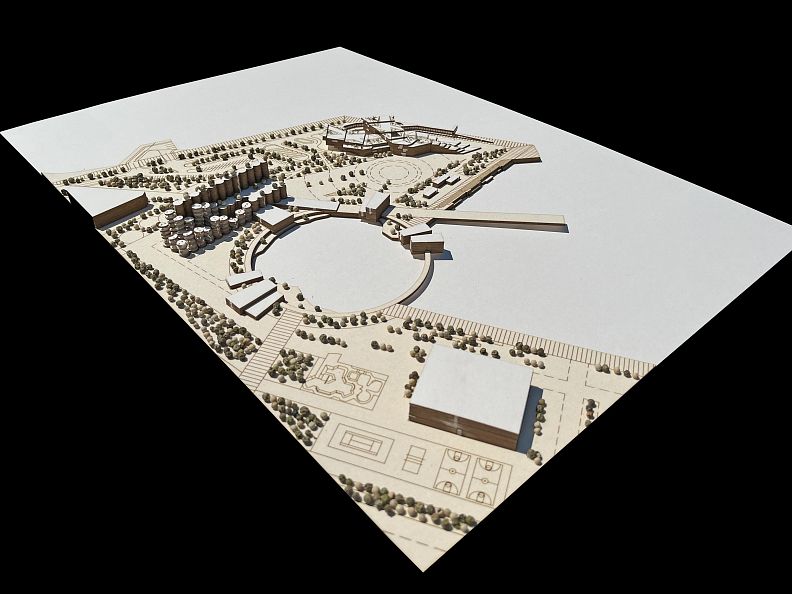 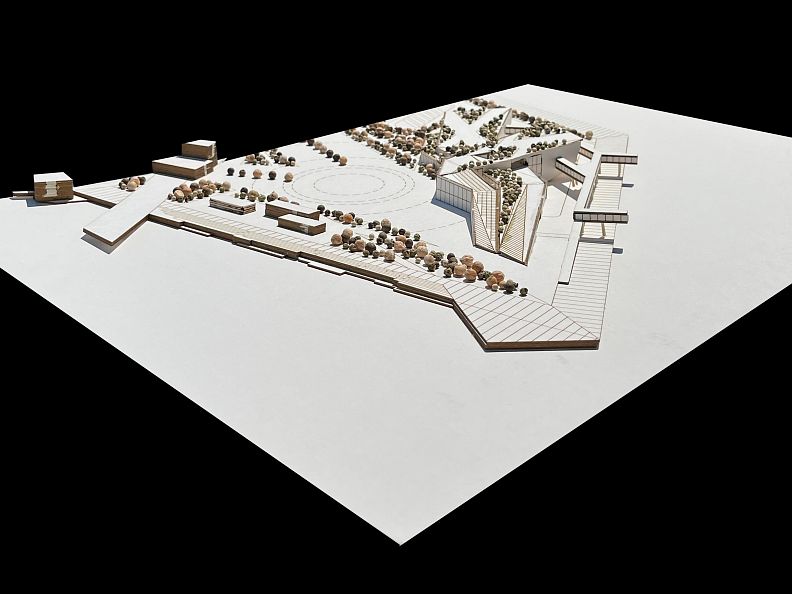