Starting point in the creation of the idea was led by two topics which followed the analysis of the current situation, and those are as follows: how can we enhance the accessibility of the theater which appears quite isolated and closed? And also, how can the theater be integrated with the other objects which at the moment appear as two separate units?

With the aim of solving these above mentioned topics, I gradually developed the idea and the access towards the location. By doing it, the main focus was given to the location on the south side (where the other objects are currently). I am creating a new central entrance towards the theater which gradually goes towards the central part of the auditorium. Additionally to this entrance, I am reshaping the two already existing entrances, instead with many stairs as they are already created, I transform them into ramps. These entrances at the same time will be lawns (green surface). That is exactly what lacks in these warm endings and at the same time I also want to put accent on the lawns. It is uncharacteristic for an object to be created, to be included, without paying attention to the vegetation. The theater's auditorium is upgraded mainly for enlarging its capacity, and the second segment aims to avoid the current flattened shape. Because the auditorium defines the main directions in the content placement. When it comes to the contents , the part which is dedicated to the public is located towards the main entrance with the aim to appear spontaneously. Consequently, the Work Area is located behind the stage and it connects with the Labo Area’s spaces. In my perspective, the program of these two groups should be as part of one unit and that is why also the solution comes from there. The revitalization of the project is like a summer stage which is why in the solution there is no cover. The main view is the big structural creation of the stage’s roof which should be visible (even intrusive) and is highlighted from the remaining part of the location and the city at the same time. It should be a representative object, one spot which will attract towards the cultural raising and different experiences. From here is born the idea for this surface which is pretty tall to be used for advertising by using the modern technology of projecting on facade surfaces (roof of the stage in our case) and every new event can be advertised. And the inner space of the roof offers views to the staining sunsets in Africa and also a big interesting place for exhibitions that you get by walking true the platform (roof).

Because of its design, the entire project would be mainly created from concrete in combination with glass surfaces. As I have already mentioned, rooftops can be created on the upper part with green which contribute towards the natural refreshing of the objects and also space optimization. The massive construction above the stage can be done from metal construction because of its size in combination with aluminium panels. This intended design allows the construction of solar panels which would enhance the sustainability of this object. This kind of pales are predicted on the parking lot with triangle structure which slanting to the south for that purpose. And I add walls that are hiding the parking place and the second assignations can be also advertising of for art. 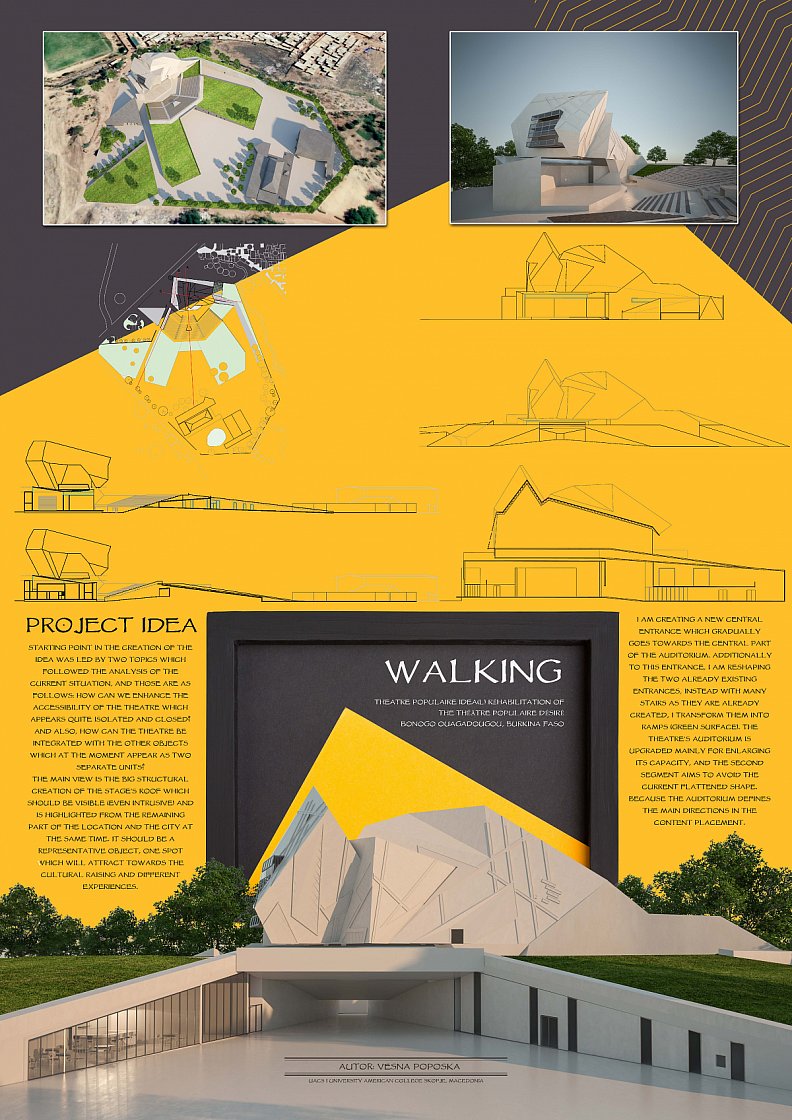 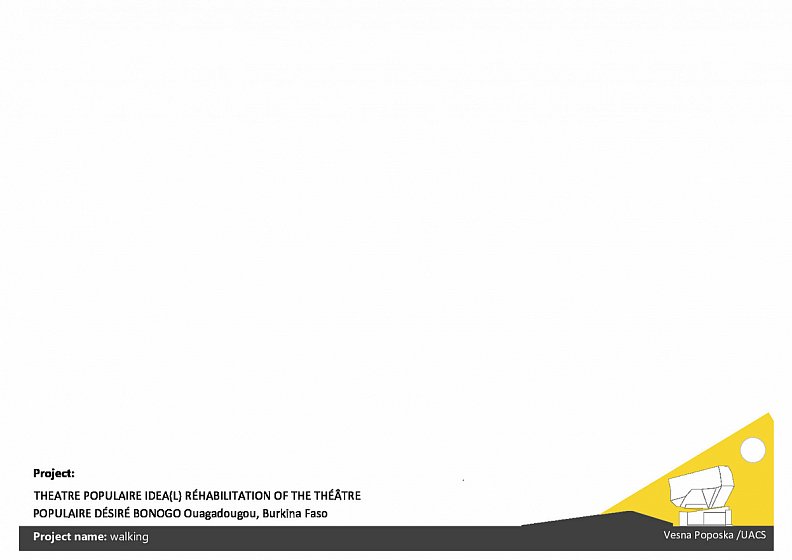 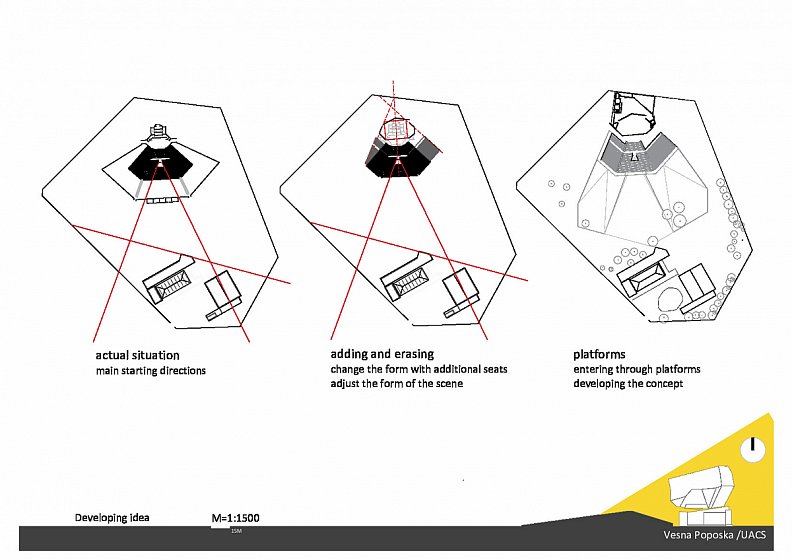 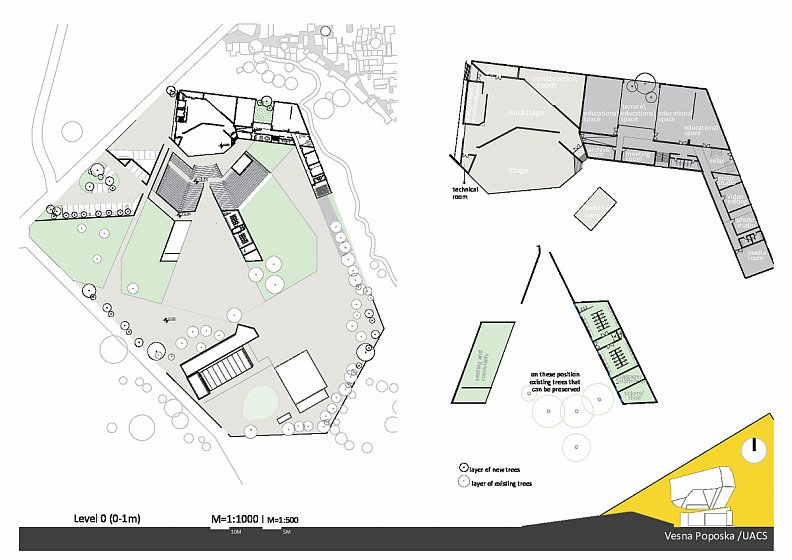 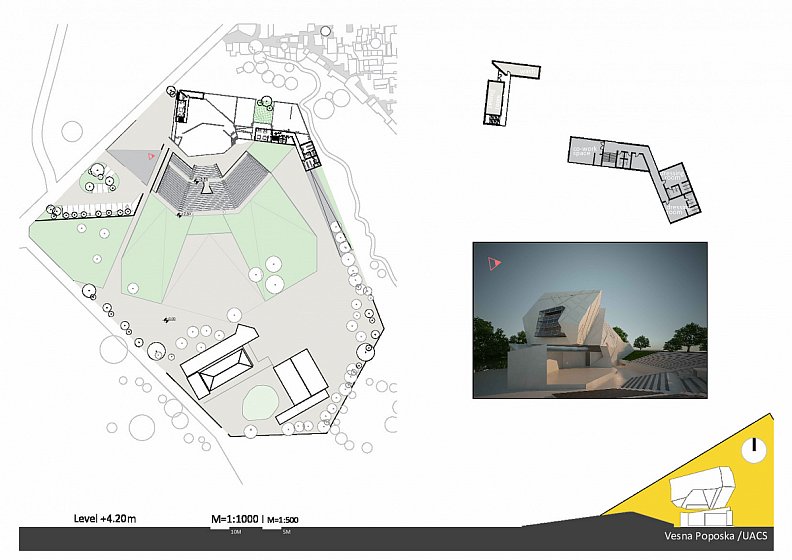 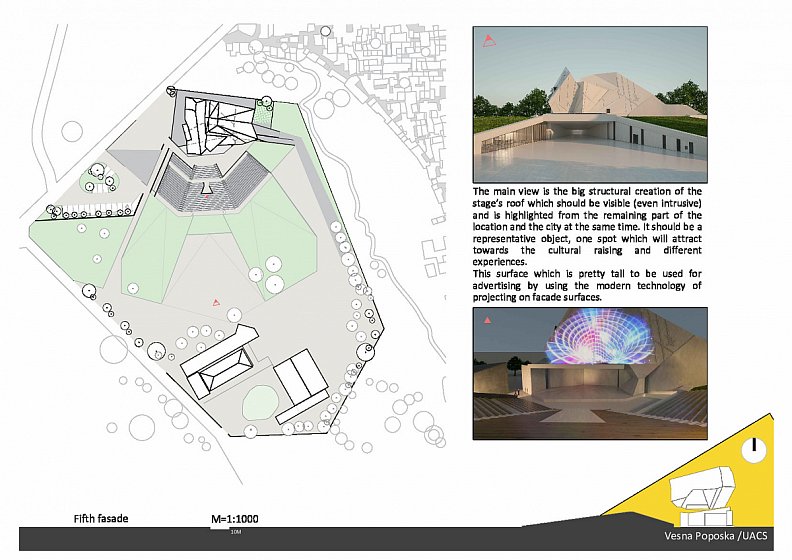 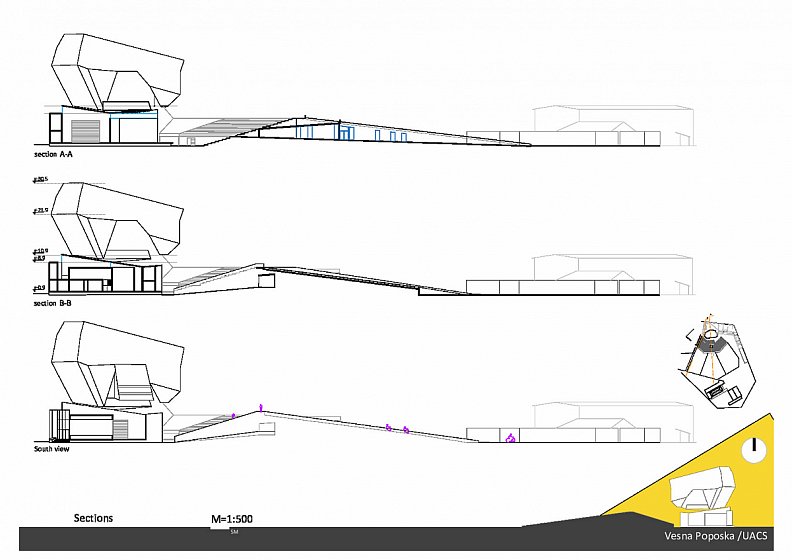 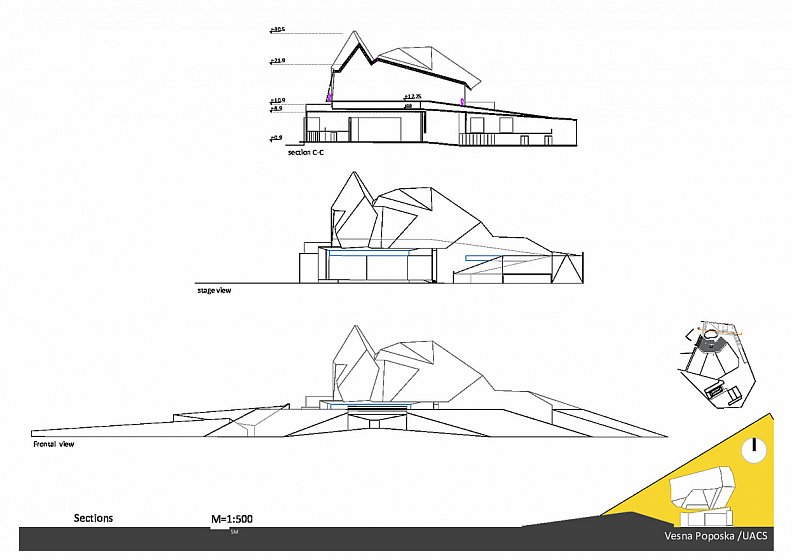 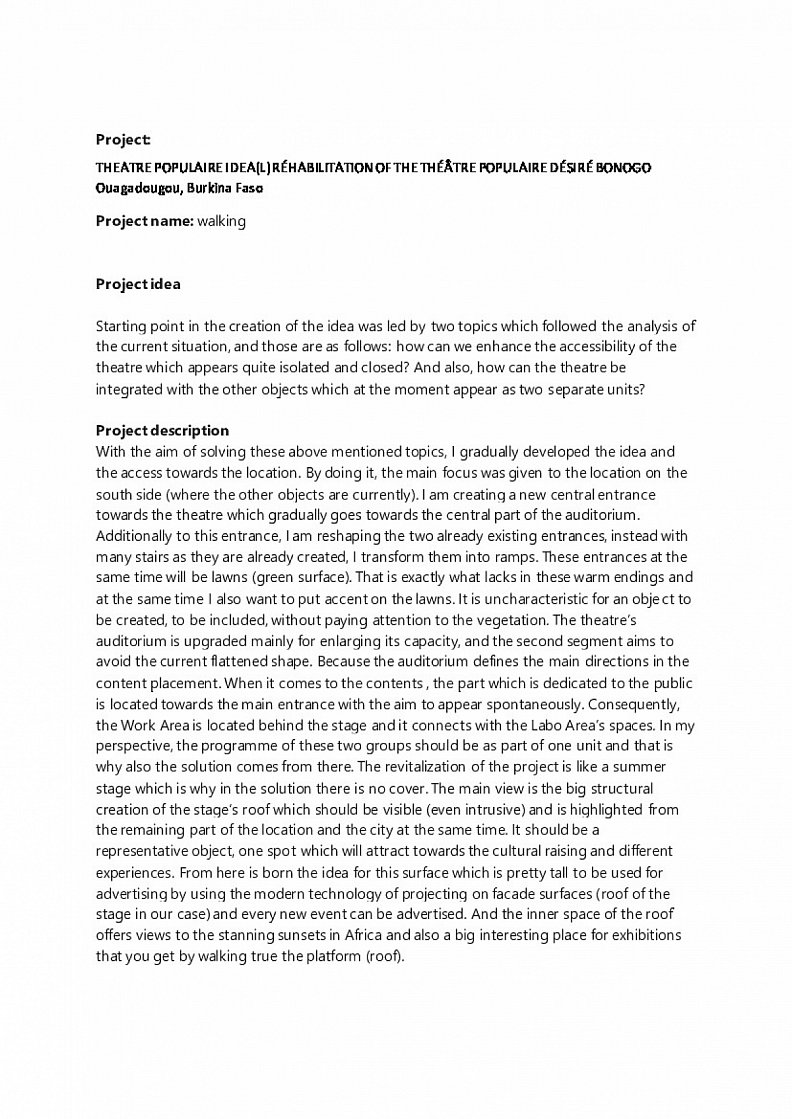