With the rise of the ecological debate and the green architecture trend, we found ourselves in
the obligation of building eco-friendly buildings that generate their own power.
In the contemporary mosques, just like any typical building we can notice the increase of the
energy consumption due to climate change ”the excessive use of air conditioner”
The Islamic architecture is known for the traditional decoration “mosaic, mouchrabiah, dome
etc…..” which give the worshiper a certain degree of spirituality that can’t be ruined with the
new style “curtain wall, mechanic façade ….. Etc.”.
so the goal here is to find the right balance between the traditional style and the modern
building technics,
so the main problematic was : How to give the worshiper the holiest sancity experience with the least energy consumption ?

The vision of building a futurist mosque when it comes to form has always made a problem
that it won’t be acceptable from the Muslim community because it won’t represent them as a
rival architectural style in front of the Christians, with the fear of bringing these organic forms
from the occidental world.
So I got the inspiration of building a futurist mosque based on an Islamic geometry and when
we say an Islamic geometry we go to a circle the origin of every form
the project is composed by two circles the first one is the main prayer hall and the second one
is a half circle which contain the gallery that surround the court and ends up with the minaret
Like a passage from a static place which is the prayer hall to the dynamic one “the gallery”

1- thermo-bimetal
In order to decrease the energy consumption in the mosque and get a natural
ventilation when needed, the thermo-bimetal was used to cover the dome.
this mosque use the ambient air temperature to operate to allow hot air to escape.
When the temperature is above 80˚F “26°c” , the thermo-bimetal curls. Once cooled, the
system returns to a flat position and the surface to its non-porous state
to get back to the main problematic “How to give the worshiper the holiest sancity
experience with the least energy consumption ?”, a grid was placed under the thermobimetal layer composed of a pure Islamic geometric pattern “moucharabiah”
2- Sand
inspired of some mosques in the Algerian sahara, the sand is used to cover
the ground
the sand is an hygrothermal regulator which significate that it cools the ground
when it is hot and warm it when it is cold so it could also refresh the prayer hall which
leads to a lesser energy consumption 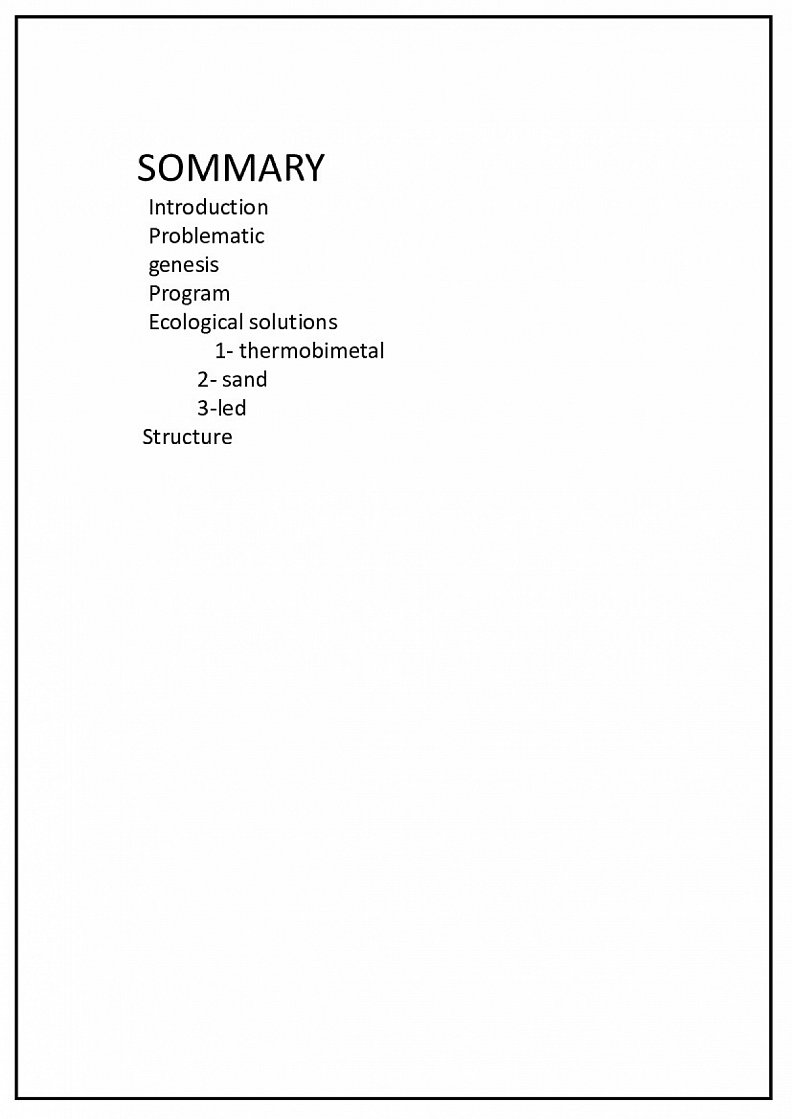