The begining of of the process of this project was done by the necessary analysis of the design facilities in a foreign country, so we started with the analysis of the country, lifestyle and population, work, activities, culture
As an inspiration for the design we took into account the surrounding objects, urban structure, nomeclature of the naighbourhood buildings.
So we arranged the pavilions and their placement and dimensioning was done according to the functions, taking into account the analyzes previouvsly held.

The materials used are local materials interpreted in contemporary way, to provide a design in line with the traditional architectureof the place.
We saw clay bricks as a more economical, efficient material for cladding the theater buildings. The wooden canopy is made out of locally grown material providing a low cost and sustainable sun protector. In addition to the aesthetic side,the canopy has a connecting function between these objects, creating half-open spaces, more intimate spaces for social interacting and also the play between shade and light gives it a whole new level of design.
Windows on the other hand placed in such composition and in colors give the building a touch of color and pleasant place indicating a sign that this bulding has educational facilities, public and social caracter.

The master plan is divided in the three areas: Work area (behind the scene), Labo area and Show area which is in between both of them to create a common place for public and empoyees.
The construcion is massive contruction made out of brick walls and wooden grid canopy. The canopy is cut out in places where the existing trees are placed to save the greenery of the location, also more greenery is added which makes our project a sustainable solution and a green project. 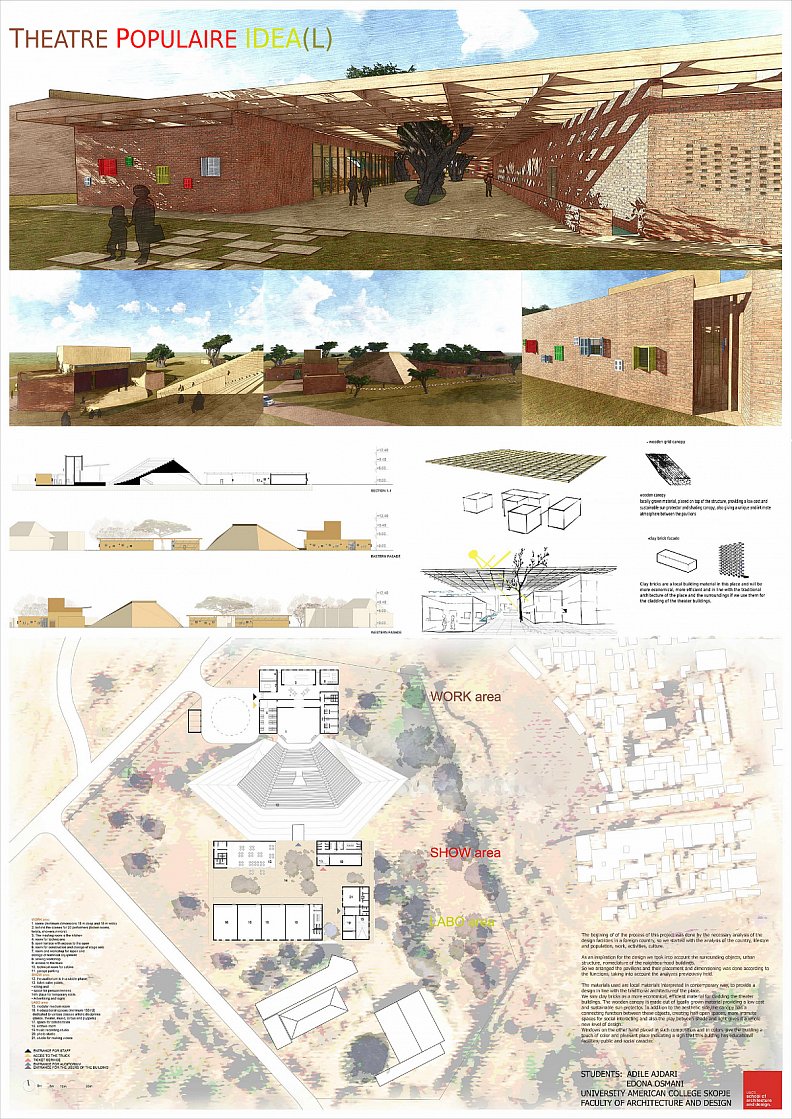