Stairs at different scales next to each other capable of generating quality spaces and vertical communication.

The exercise consisted of designing three buildings on three islands in the Eixample of Barcelona that could jointly accommodate 100 people. The plots were located between medians and the surface of each was about 200 square meters.

The building is formed from two pieces that bend at its midpoint, where the stairs are arranged. These two pieces are formed by inverse steps. In this way we manage to generate diagonals of light between the two pieces. Each responds to a direction of stairs that allows to have a continuous vertical communication in its entirety.

We understand the project as an infinite system capable of generating private and common spaces. From its number of repetitions and the order of these, whether it goes from big to small or from small to large.

The vertical structure is generated from pillars that increase in density and decrease in size as you enter the building. In this way, the project opens to the outside by providing large light entrances and giving a more urban response to the street, with high presence pillars.

The vertical structure is generated from beams formed by the buttresses of the steps.
The vertical communication is formed by the stairs that cross the building at its central point. In addition to each building there is at least one elevator to access all floors.

Thanks to the twin of the two pieces and its system of placement of the pieces, continuities are generated that allow to cross the building from end to end in a same level.

Finally, apart from the light inlets on the façade, the large ones, located next to other steps at different scales, generate interior light inlets that allow the lower floors to be fed and the light level of the whole building to be homogeneously matched.

The building is made by structural CLT wood panels which give a low enviromental impact to its construction. 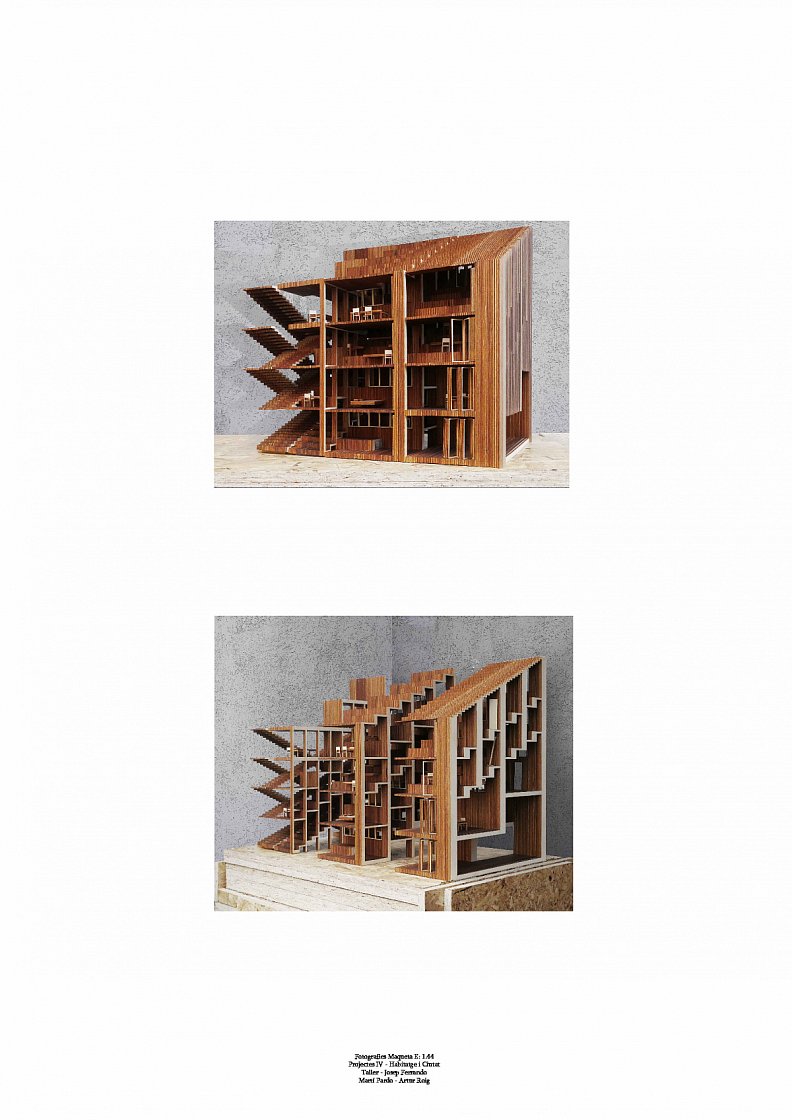 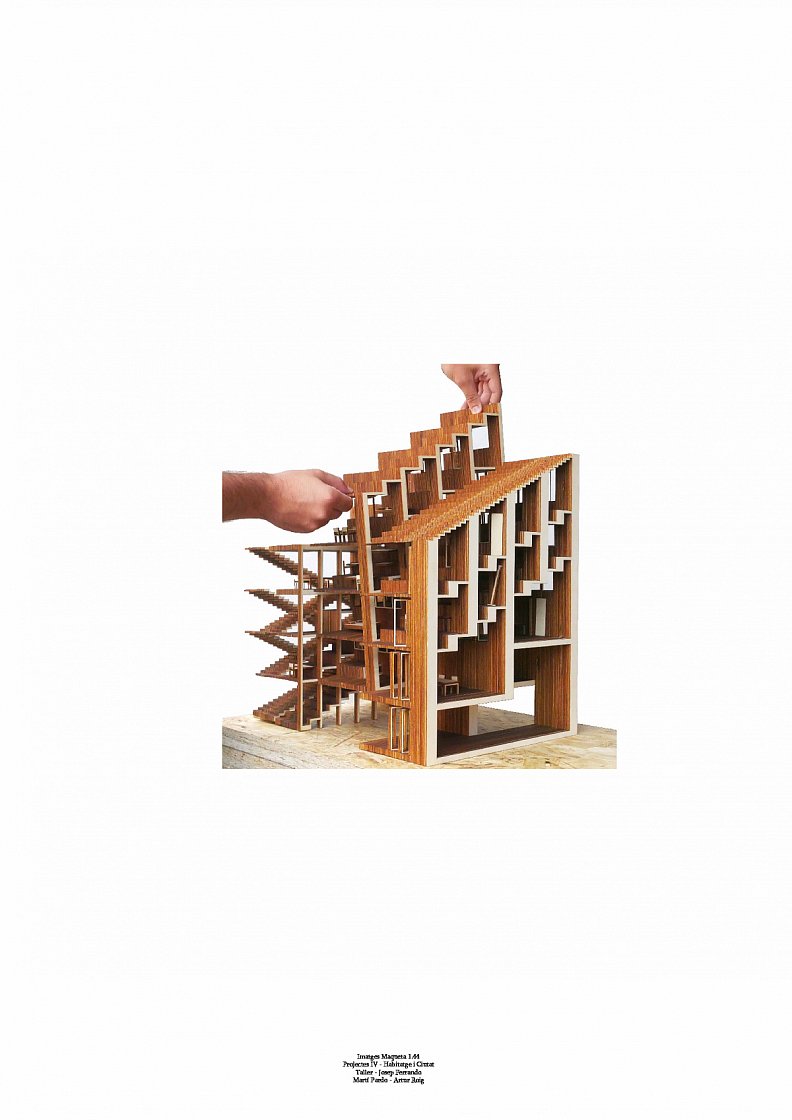 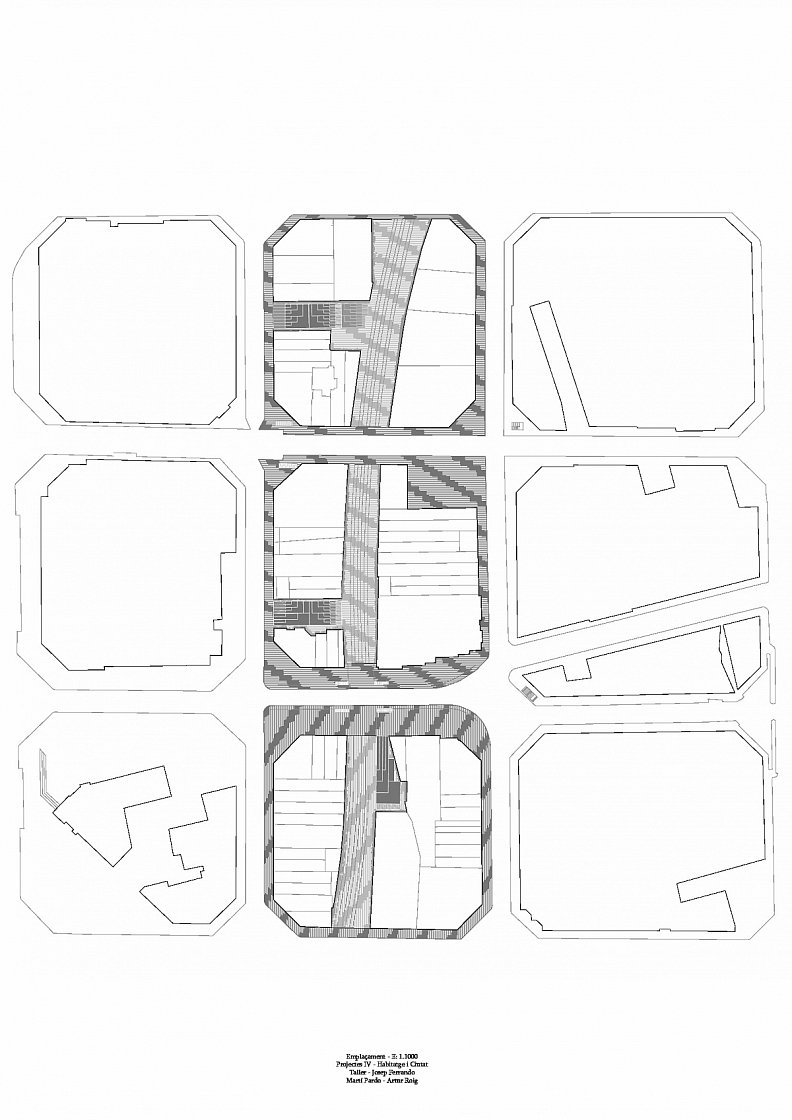 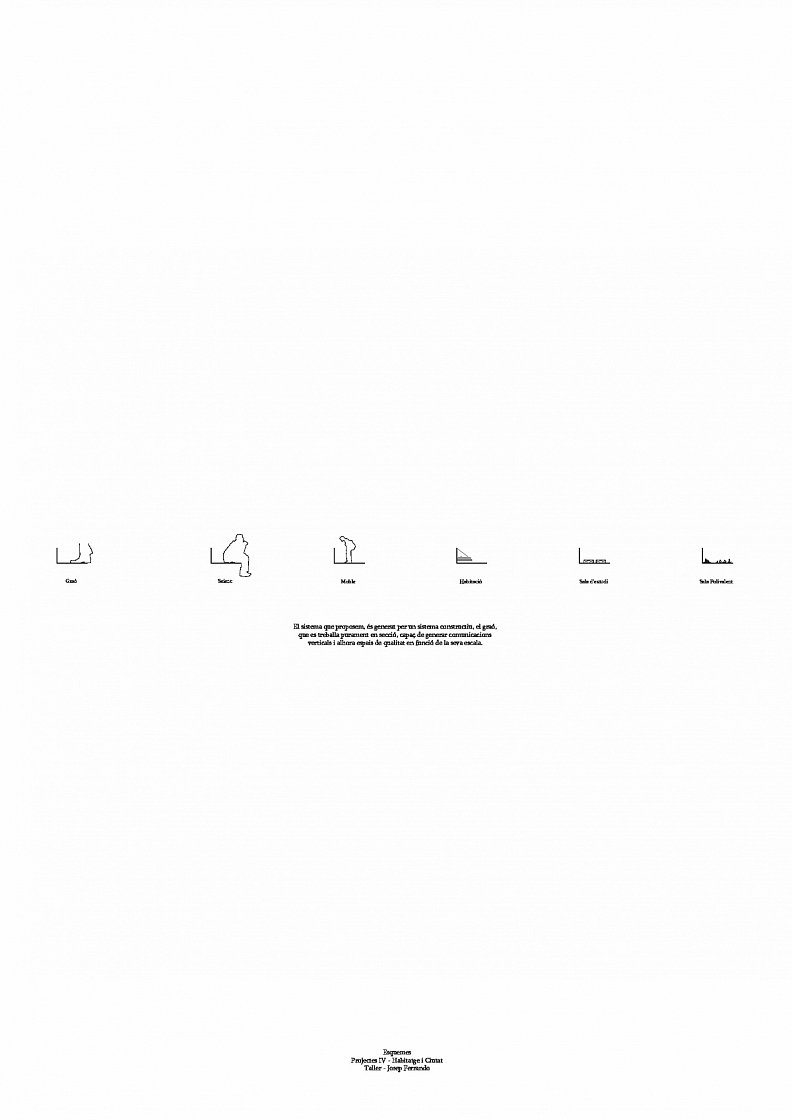 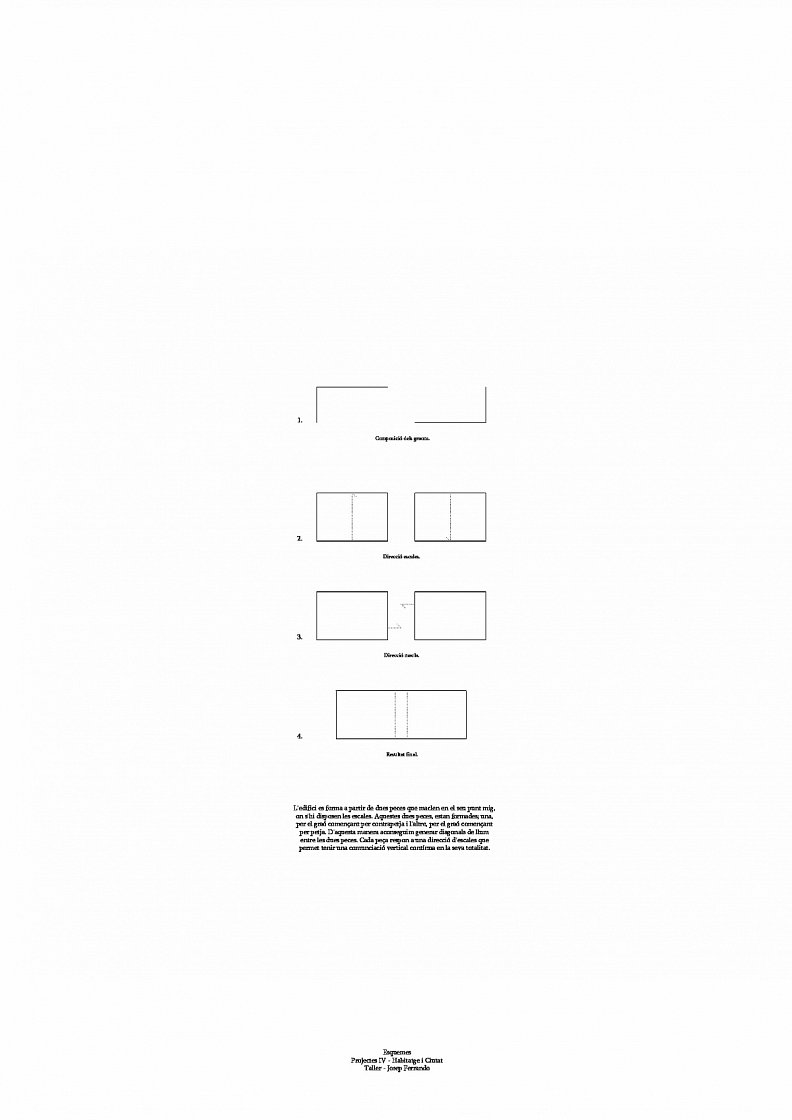 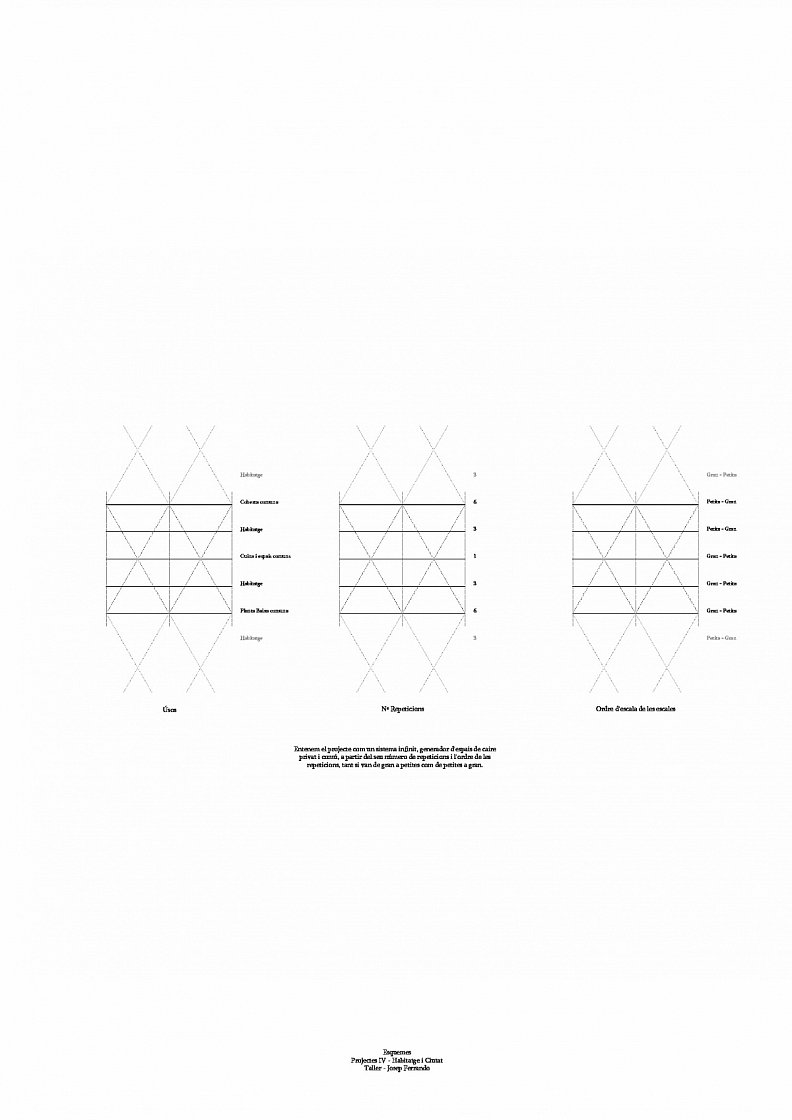 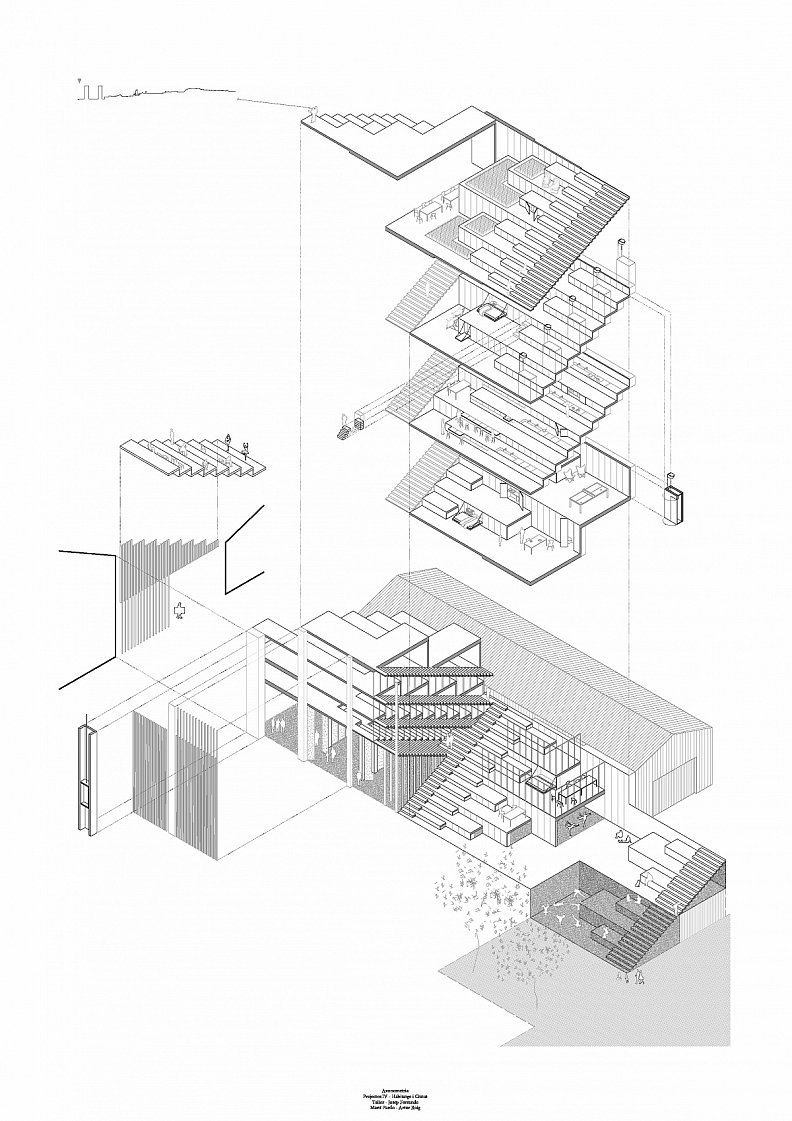 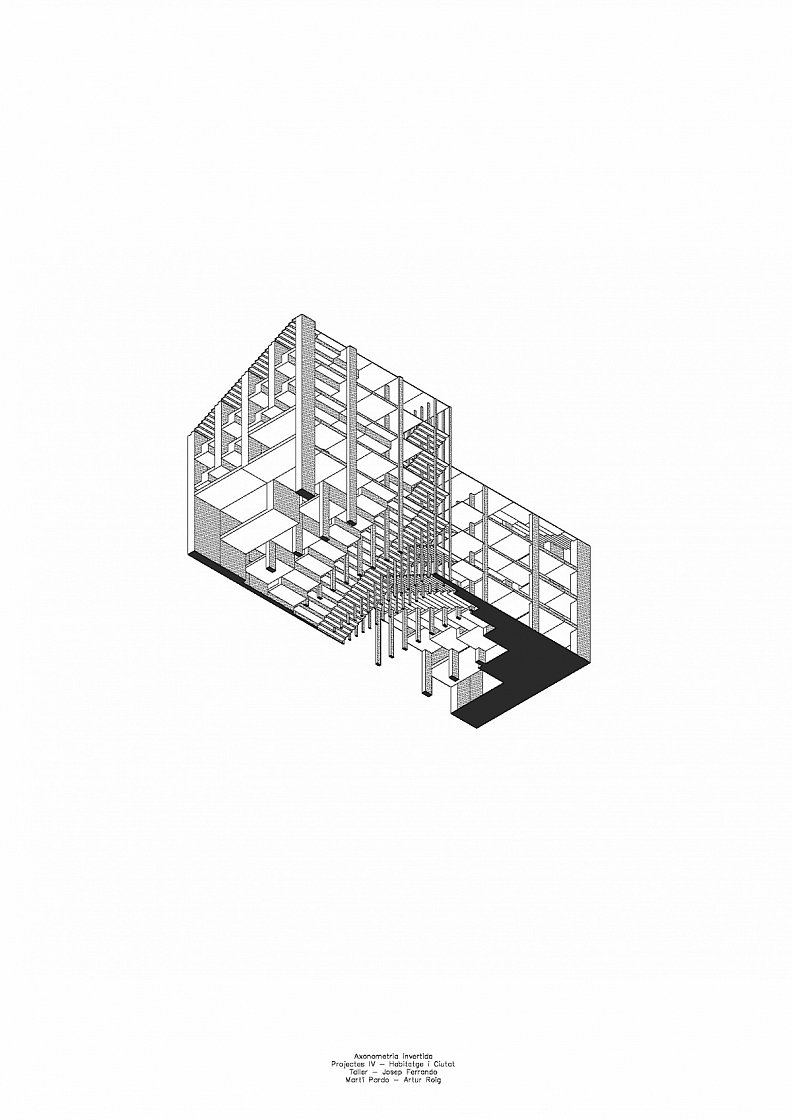 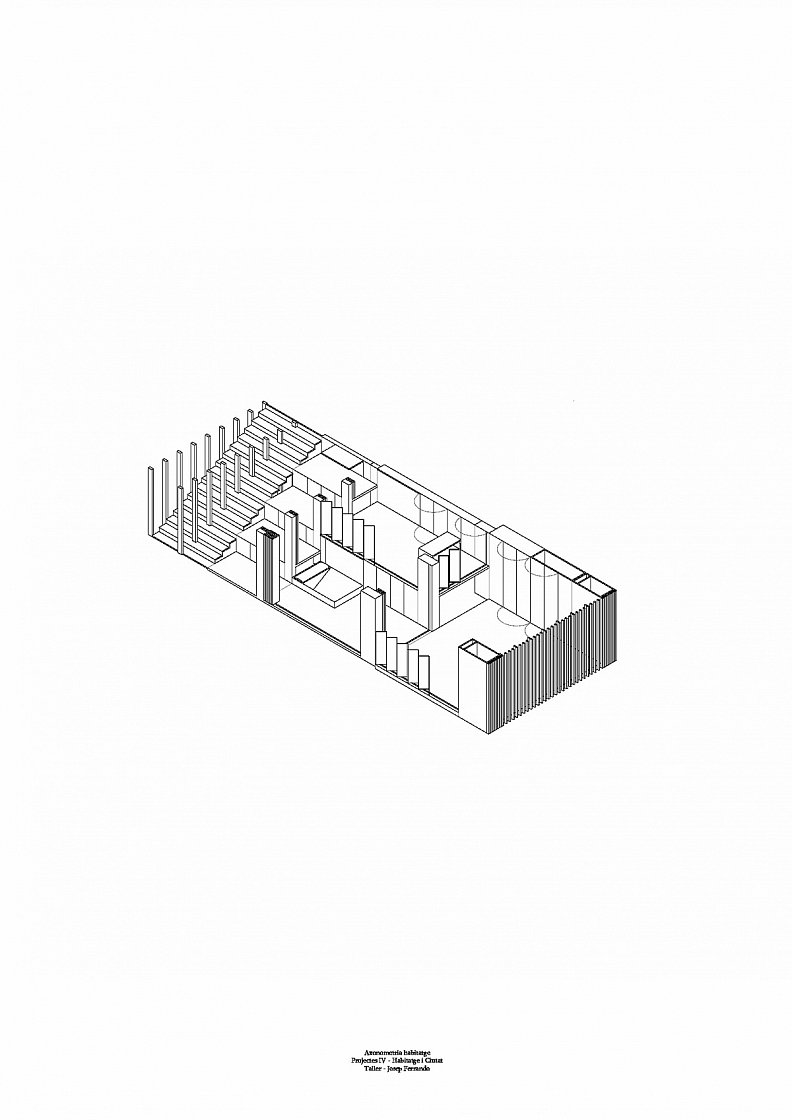 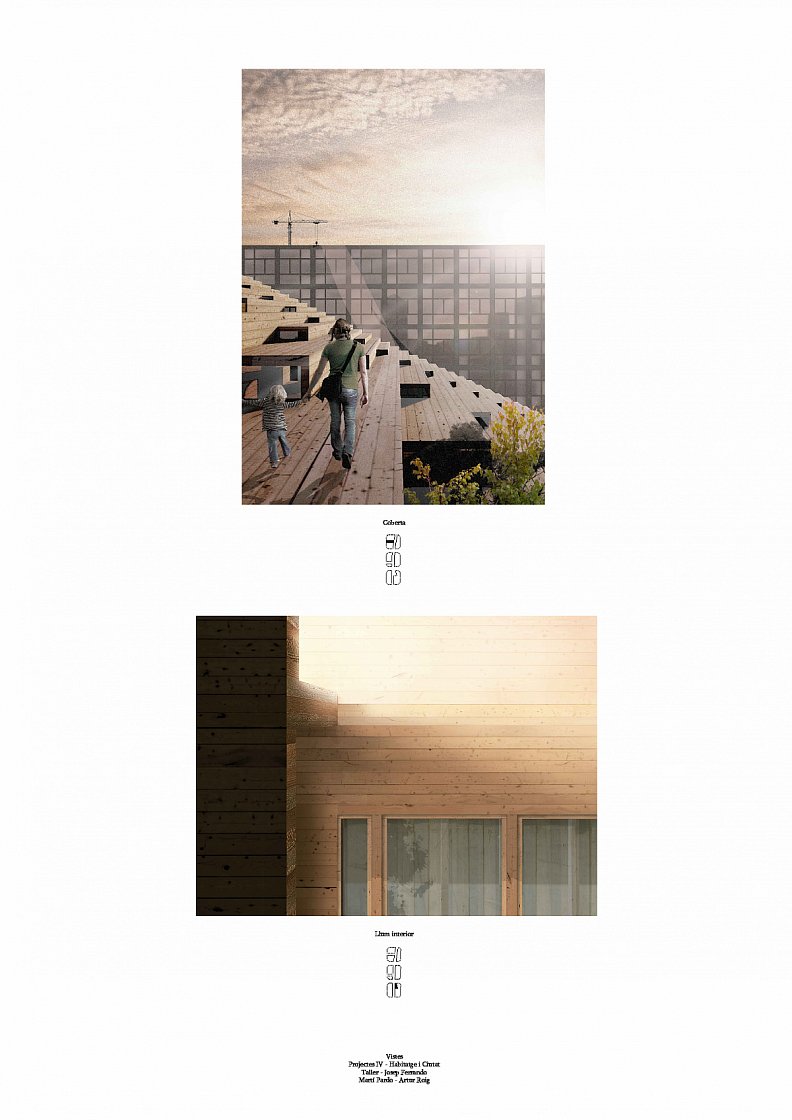 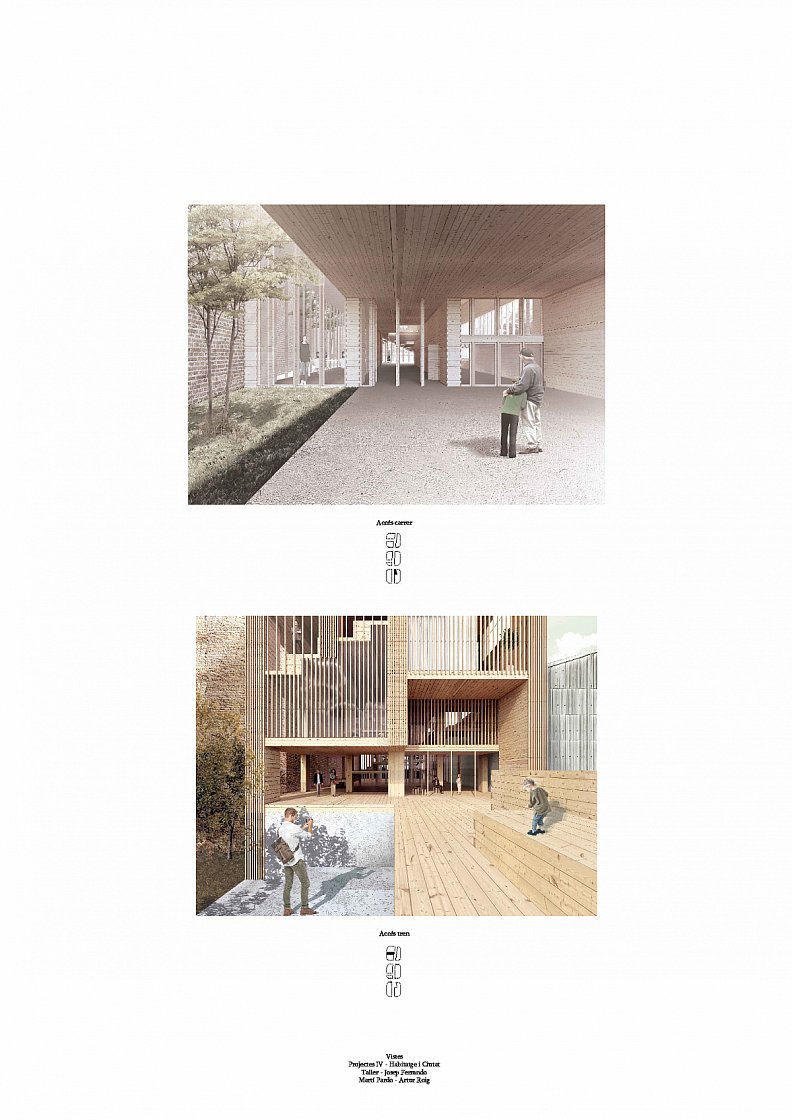 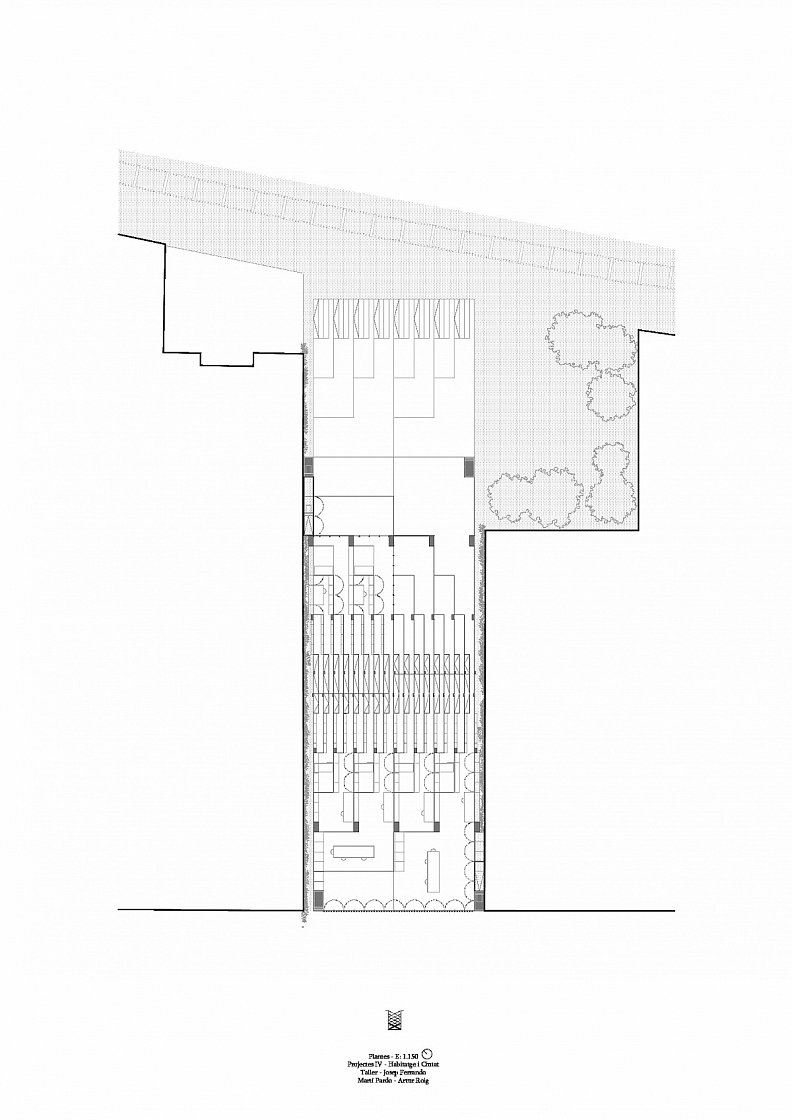 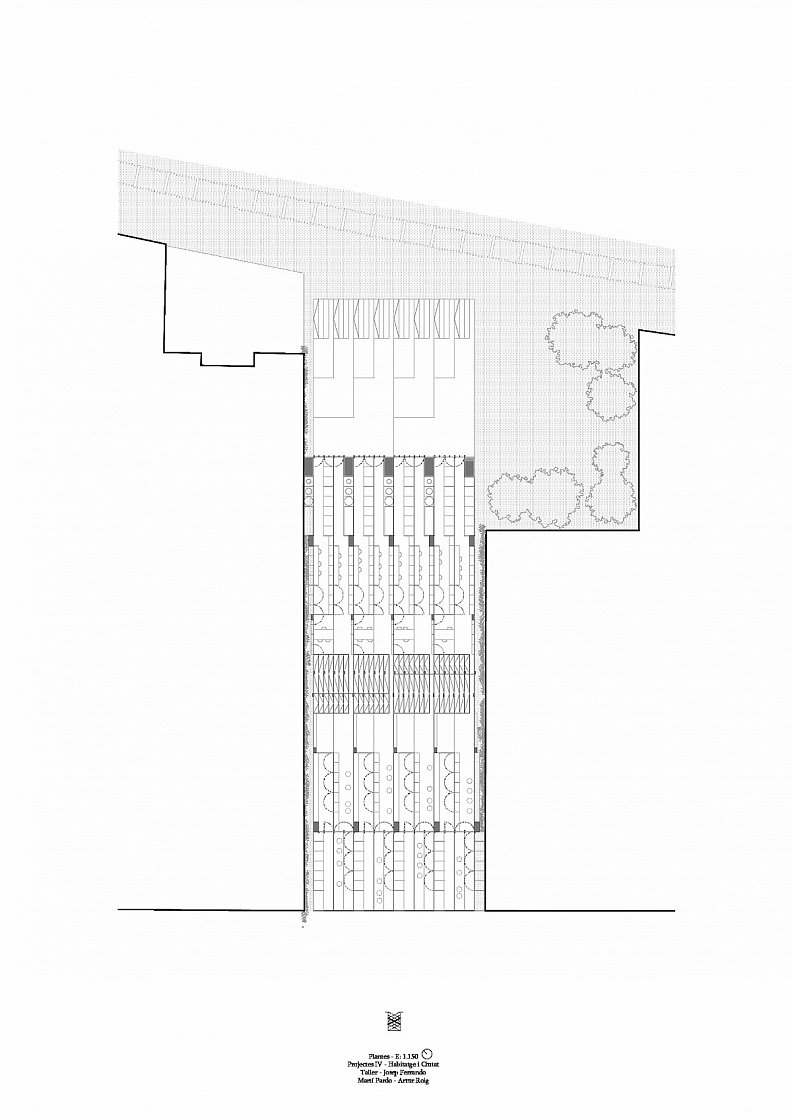 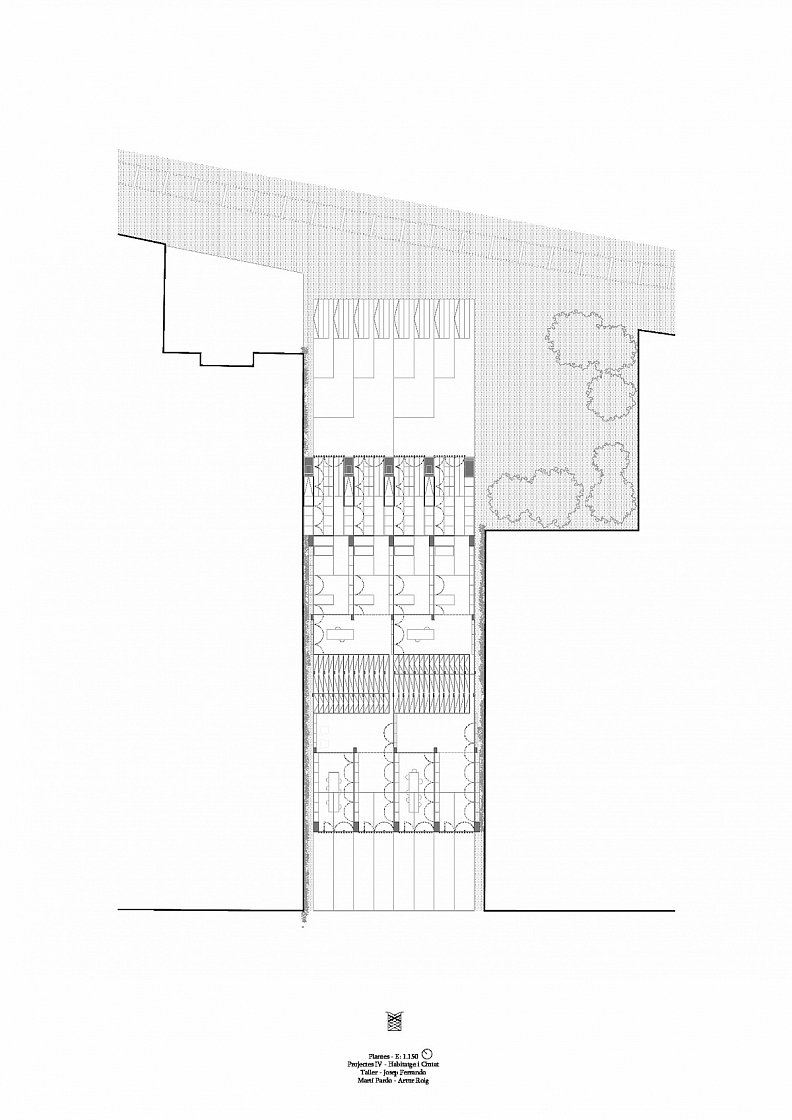 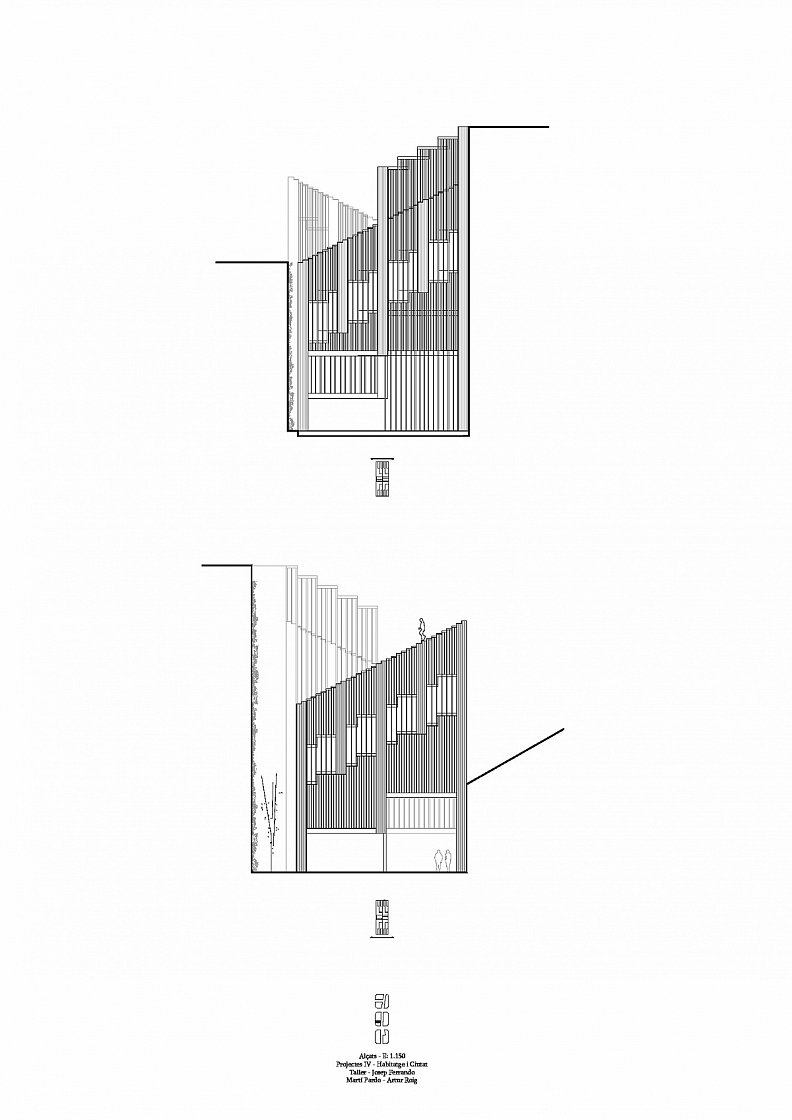 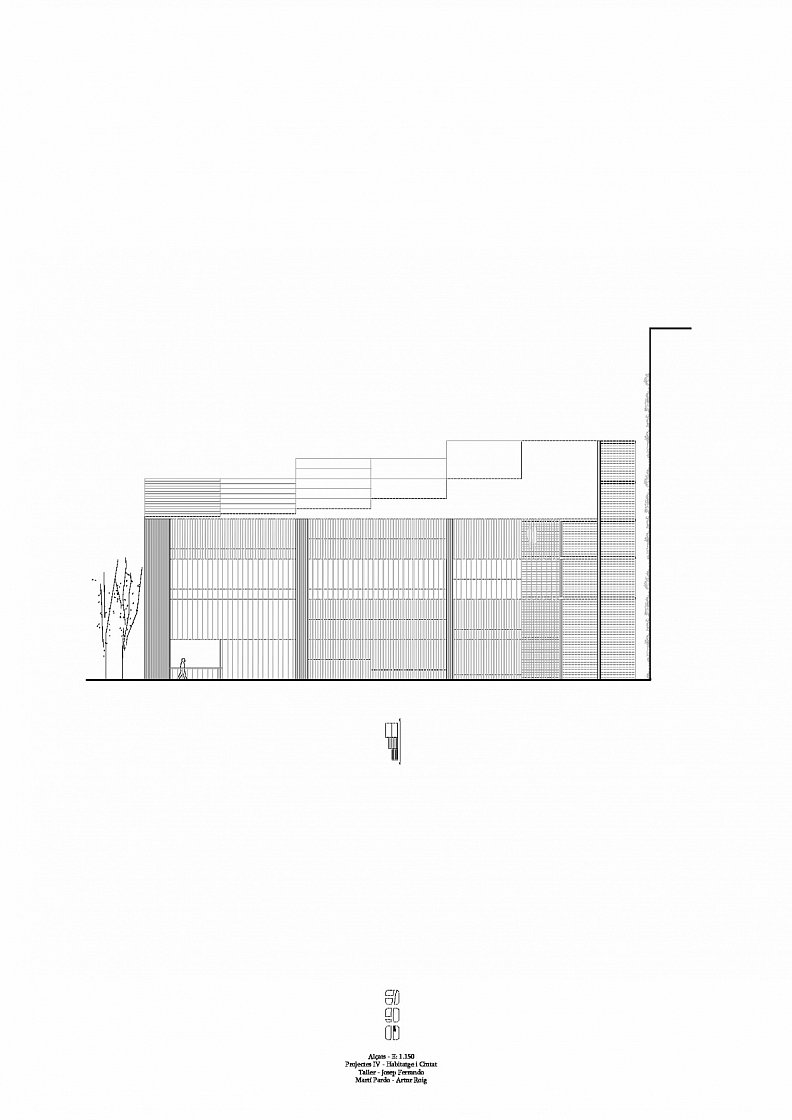