The idea of the object is based on the creation of an unusual amorphous platform, as an association with something marine, i.e. unusual, smooth, uneven. The object outwardly bears a strong resemblance to a coral reef, or to an involved wave that beats against the rocks, splashing out all its power. The next part of the idea is the division of pools: competitive and competitive for a more logical choice of adults, teenagers, competitors and children.

The concept of the object came to the formation of a shell with a thickness of 1500 mm, the thickness was taken without calculations, since the project is a student one.

The first floor rises vertically to a height of 4000 mm, surrounded by monolithic columns, on which multi-ton trusses are seated.

The second floor already directly holds the shell, the stands and a couple of rooms - the VIP box and the commentator's room.

On the ground floor there is the largest number of rooms, such as locker rooms, warm-up rooms, administration offices, a cafe, a cloakroom and utility rooms.

On the second floor, as mentioned above, there are stands, a couple of rooms for VIPs and a commentator's room.

An important element is the basement floor: all communications and premises for servicing the pool, chlorination rooms, chlorine warehouses, etc. are located there.

The general connection of the floors is provided by a powerful central block, which includes bathrooms, an elevator hall with elevators and a descent to the basement. This central block is enclosed by 500 mm walls, which in turn carry the load from the trusses. And also from here the main communications go to the roof.

The project uses a multi-truss structure, similar to those used in Zaha Hadid's project, the thickness of the entire truss is 1500 mm. The overall structure rests on pillars 600 mm in diameter, in some places it performs a self-supporting function. The central block with an elevator has 500 mm reinforced walls to ensure that the structures rest on them. Pools are deepened by 2500 mm. Light openings provide light in the building, the size of light openings is from 5000-18000 mm. The surrounding landscaping stands on 600mm poles, as there is underground parking for 300 spaces underneath. 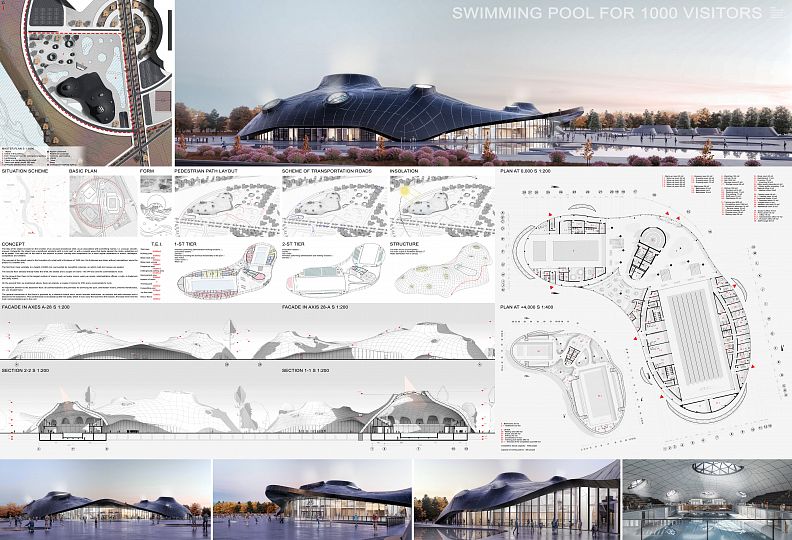 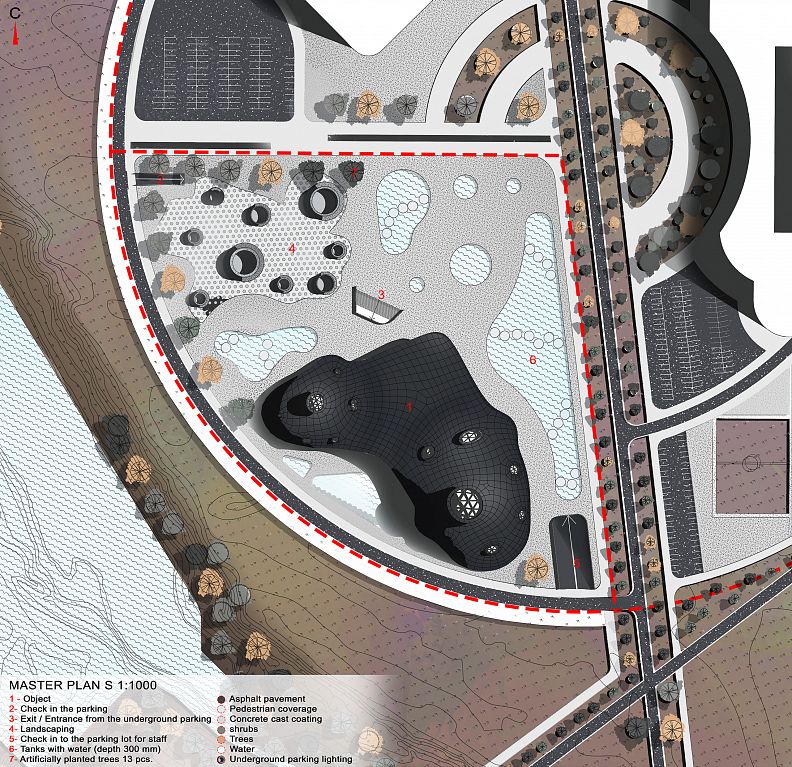 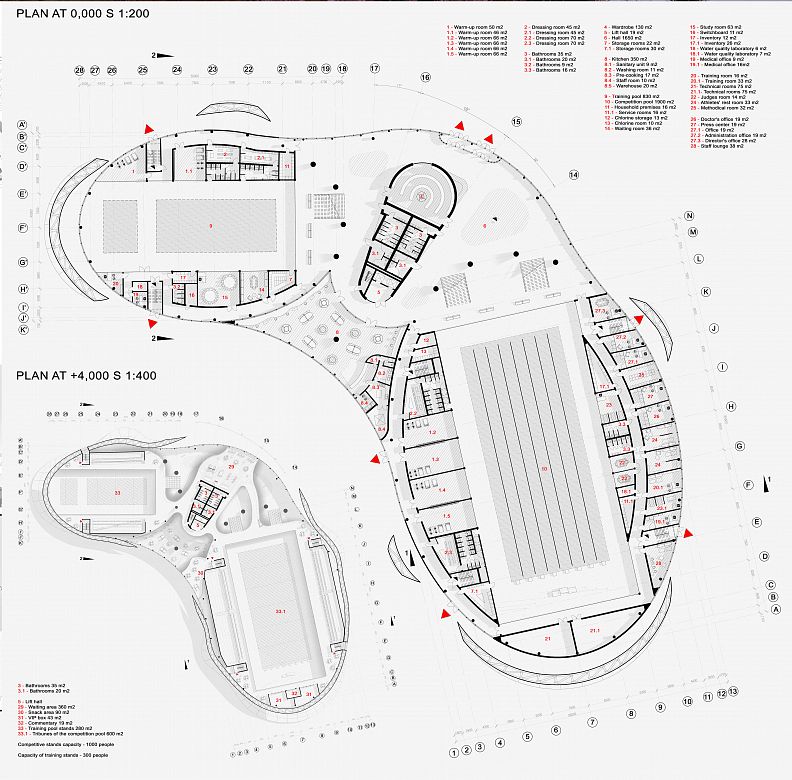 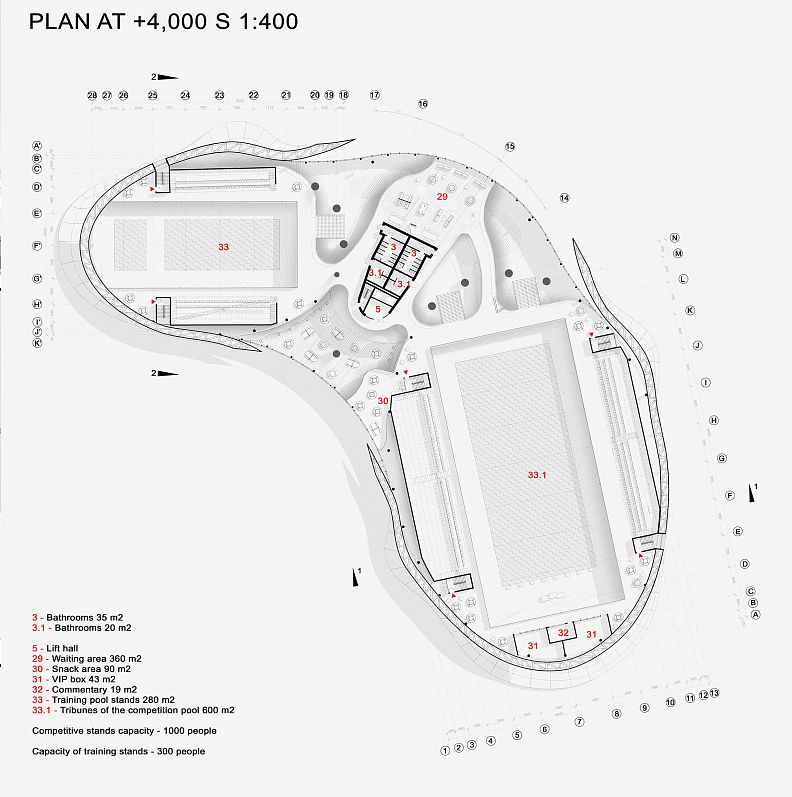