The problem we are facing on poor rejoin of veterans with their families peacefully and abuse of their life after combat. This project aims to solve the core… more 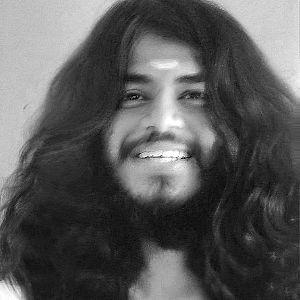 Abhishek Rao is an architect, artist, noted illustrator and the founder of Abhishek Rao Studio, a… more

Congratulations on submitting your entry! The topic you have chosen is a very sensitive one and it generally requires a high volume of predesign research on various aspects, which are often ignored. Veterans are mostly the victims of the stereotype that they already posses strong mind, health & wellbeing. But unfortunate the truth is what exactly you have portrayed in your synopsis. PTSD, being one of the terrible things that they face, literally throw them into unquantifiable situation making their life tougher.

I must appreciate the depth of your research and derivation of your concept. The way you have vented out the root causes and their possible space remedies, are nicely done in a categorical manner. Systematic expression for each respondent issue has been portrayed well. Spaces have got direct impact on human psychology and behavioral aspects, especially when context is sensitive. The form derivation and planning are also thoughtful.

Few things I would like to suggest that you may consider

1. Scope of using daylight to emphasize intangible dynamics in interior spaces along with few artificial illumination.
2. The visual linkage between exterior and interior where you are showing wholeness can be a bit more worked out.
3. Use off illumination in 3D renders need to be more specific in few areas to strengthen the strong motive of your design language.
4. While showing site sections coz can consider some more precision in graphics in terms of the hierarchical representation of visual dominance through layer transparency.
5. Internal planning could have a bit more resolution to be properly visible.

Dear Abhishek Rao, Thank you for your feedback and appreciation!
This project is my thesis project which is done by different analysis and predesign study and i will try to improve it by your feedback.
Thank you!
Sincerely,
Kumneger shaweno

The problem we are facing on poor rejoin of veterans with their families peacefully and abuse of their life after combat. This project aims to solve the core problem by giving solutions to post-traumatic stress disorder using the recovery process and creating different spatial feelings.
Veterans are once upon a time they are soldiers who have experienced of a particular activity in the defense force and majorly they have experienced in war (battle) before. The term "veteran"
means a person who served in the active military, naval, or air service, and who was discharged or released therefrom under conditions other than dishonorable. They are who come back from the campaign. so, most veterans when they come back will be wounded, disabled, lose their previous positive personality, and experience post-traumatic stress
disorder (PTSD).
The primary cause for these problems is participating in war, war is an intense armed conflict between states, governments, societies, or paramilitaries groups such as mercenaries, insurgents, and militaries. When war happens, the soldiers have duties to participate in war for the reason of bringing peace.
According to this study, the core problem for driving war is people (the leader, society, groups, etc.) having negative egos so, when peoples have the behavior (character) of a negative ego they probably come into conflict.
The project mainly gives a solution to war-driven negative ego and post-traumatic stress disorder (PTSD) treatment or recovery center for soldiers who have experienced trauma or PTSD.
In the case of negative ego, the study indicates that when peoples (societies, leaders, diplomates, etc..) have to experience the bad feeling of the outcome of war they generate fear in their minds,
experience how war is bad, and also, they see on the shoe of soldiers. In the project, the fear generates space makes people feel fear of war and think of soldiers and immediately they ignore the concept of selfish “I” and think for others. Through this process, the probability of happening
war will be minimized. So, if war minimizes soldiers were minimized from participating in war, then at that time it is a little bit that soldiers experience a traumatic event that leads to PTSD.
In other cases, war will be mandatory for protecting the sovereignty, keeping the peace, etc. when such problems happen soldiers were active or participated in the war, this means they experience negative activities that harm their minds at that time they re-experience trauma and then translate to PTSD. So, this project gives a solution for PTSD for the soldiers who experience PTSD through the process of therapeutically treatment in the space which gives a healing feeling to their minds for
the sake of treatment by recovering their past image.
Finally, this project gives a solution by treating PTSD and creating fear feeling on war driving effect, then the veterans rejoin their loved ones peacefully and will be productive.

This project cover veterans, veterans related post-traumatic stress disorder (PTSD), Negative ego and PTSD treatments.
The design project is located in the northern part of Addis Ababa Ethiopia, gulele sub-city, and Entoto site which is seat between St. Mariam church and St. Raguel church. The project site actual
area is 3.85 hectares.
According to the study and explained solution the project leads to designing a Recovery center for the veterans who are victims of PTSD Recovery means an individual experience and will be and
look different for everyone. In general, recovery is the ability to live in the present without being overwhelmed by the thoughts and feelings of the past. Recovery is the primary goal for people who have experienced trauma, their families, and their care providers (Rothschild, 2010).
And also, the design project includes a space that shows the negative effect of war Which drive a fear feeling for the guest, and also this space is used as a therapeutically space for the soldiers. There
are different programs driven for the purpose of treatment, entertainment, skill training, and resting space bedrooms).
The design project creates the relationship between the people who came to visit the soldiers (families, leaders, societies, etc.). They understand the real problem of the victim’s soldiers. The
program spaces are located by the concept of environmental analysis and architectural concepts to create their own sense of place.

The construction of this project is made of different building materials from lightweight facade design to reinforced structural material. The structural system is the frame and wall system. The suspended slabs are supported by a shear wall and this is the reason for respecting the existing natural slope (ecology).