According to Becker et al. (2018), bicycle is a sustainable transportation and it has been proved to make a significant contribution in making cities an… more 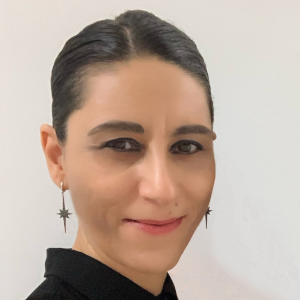 Thanks for participating Inspireli. I believe competitions provide large laboratory to exercise new ideas, take place in a larger architecture community and this is very important for an architecture student’s progress in our profession. This is an amazing project topic responding to a sustainable community. However, the project is looks 2 dimensional and formally unintegrated. There is lack of unity (particularly the image of the food court with the rest is lacking harmony). The site articulation is explained yet the integration and operation of radial and linear organization and forms seems like not working well. Perhaps a modular design approach can be adapted to the project and circular forms could turn into 3 dimensionally articulated spaces like overpass bike routs on a grid base. The project topics are different but perhaps Oscar Niemeyer’s Niterói Contemporary Art Museum could be studied as a precedent for better articulation of circular forms. I am sure you already checked BIG’s Denmark Pavilion which is also a great precedent for this study. The landscape seems like not serving to the provided spaces, but it has great potential to be adapted to the spaces (especially with ramps circulating them). All the best and good luck.

According to Becker et al. (2018), bicycle is a sustainable transportation and it has been proved to make a significant contribution in making cities an attractive place to live. Cycling trend in Pontianak City has existed since 2000. In 2005 the Bike to Work community was formed and until now more than 20 bicycle communities have been formed in Pontianak City. Members of the cycling community need a place to gather and share their interest in cycling, also people need a safe place to play and practice cycling. This design is in line with the commitment of the Pontianak City Government to realize Pontianak City as a bicycle-friendly city. The main purpose is to provide an interactive, flexible, and combine meeting point with the shape of bicycle wheels as part of the design.

Users for this design based on each function. It have three function, such as main function for gathering place; support function for commercial, recreation and education; and service function for administrator and supplier. The design location is based on RTRW Pontianak City with the land allotment for RTH of sport field. This location was chosen based on the route that most cyclists go through in Pontianak City and pass by bicycle lane as the existing sidewalk in front of the site.

From cycling needs analysis, it have 12 needs. The main needs is gathering place. Other needs such as self-actualization (bike show off, healthy lifestyle), blend with nature (rest, get some fresh air), train skills (trial bike and BMX), eat and drink, social life (talking about bicycles, etc), photo spot, bike friendly park (accessible by bicycle), bike upgrades and buy bicycle accessories, the need to shower and change clothes, buy bicycle apparel and accessories, and checking the condition of the bike (tire pump, etc.).

Design concept based on the original form based on the regulations, design goals, and the results of the analysis that has been carried out. Then, using the analogy of bicycle wheel as a characteristic of a bicycle community center and reduction of shape to provide radial circulation paths in gathering functions and four-way circulation in commercial functions. To achieve connectivity, I added circular circulation paths to improve connectivity between functions in the design. On gathering function, mass split to create bicycle community clusters and on commercial function according to the needs and lifestyles of cyclists in Pontianak City. Last, I add secondary skin in the form of "corak insang" and cable structure of the bridge made an illusion of "tanjak" from the human scale and a bicycle wheel from a bird's eye view.