The aim of the project was to design a new concert hall for Prague, which would be situated in the southern part of Holesovice at the place called brownfield… more 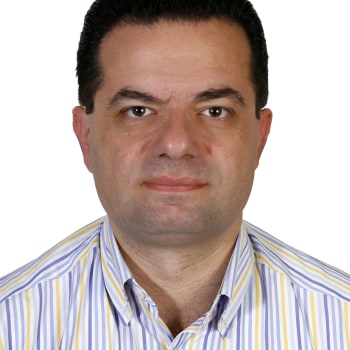 Hello Jane
I'm sending you some remarks that can help you to improve your project.
1- All functions have the same shape of volume
2-The concert hall does not have a proper and unique volume that reflect its identity and value.
3-The junction between the two main volumes is weak a need to be revised

The aim of the project was to design a new concert hall for Prague, which would be situated in the southern part of Holesovice at the place called brownfield Bubny-Zatory. The concert hall is adjoined by the river Vltava (on the south), Negrelli Viaduct (on the east) and Hlavkuv bridge (on the west), which demonstrates its connection to the surroundings.
This is a cultural building, which emanates with art and therefore it should be treated as such. When I was thinking about this structure, I realised that I cannot perceive it as architecture but more as artwork, which by its outer appearance mirrors what is happening inside. I have created an abstract sculpture placed on a platform (reminiscent of a pedestal) by using a simple curve, which ‘grows’ from the ground and continuously soars to the clouds in the direction of Vltava.

This structure is optically divided into three parts: left part five ground floors, the right part with four ground floors and finally a middle part with three ground floors. In addition to this the concert hall there are two lower ground floors. The main entrances are on the north, south and west side of the first GF. The first LGF includes a car park and a changing room for the performers whilst the second LGF contains a car park, technical base, storage, ramps for trucks and areas for arrivals of buses.
The left west part has a large auditorium which spreads across all five floors with a capacity of 1800 spectators. This left hand part also contains spaces for performers and employees, positioned on the first and second GF behind the large auditorium. The third GF has been devised for the use of the building management but it also includes rental spaces for administration and recording studios. Fourth and fifth GF host Primary Art School.
The middle part of the concert hall contains the third GF, whose primary function is an assembly point -a foyer- and it also comprises exhibition spaces and corridors that connect the left and right part of the building.
The right eastern part contains four GF. The first GF has been designed for visitors, consisting of a coffee shop, music library, education centre, and a gallery of musical art. Space for the performers is located behind the small auditorium. The third GF has a balcony leading to the small auditorium, behind which are positioned administration spaces. The third GF also contains a jazz bar and restaurant. The fourth GF serves as an engineering room and it also has cooling equipment and servers for the entire right part of the building.

The whole building is based on a foundation slab, which is placed on drilled concrete pillars with a diameter of 900 millimeters. The specific diameters and lengths of the pillars will vary according to a detailed static calculation, which is not the subject of the assignment. As the building is located above the metro line C, it is taken into account to eliminate the downward load of the proposed building on the existing metro tube and vibrations from the underground, in this part the foundations will be bridged and subsequently connected to the foundation pillars.

The horizontal structure of the roof above the large and small hall, also in the left, southern part of the building at the large hall are trussed beams in both directions, it is a spatial trussed structure in the form of a grate, which is placed on reinforced concrete columns and a small hall. A grate made of IPE beams is placed on the trussed structure, which is covered with Kingspan roof sandwich panels. In some parts, instead of trussed beams, perforated WESTOK beams are used again, due to smaller spans.