THE TRANSIENT RECIPRO[CITY] || Re:imagine the threshold

The following project will invite the reader to engage with our proposal for a non-fragmented, super compact and gentrification-resistant design while… more 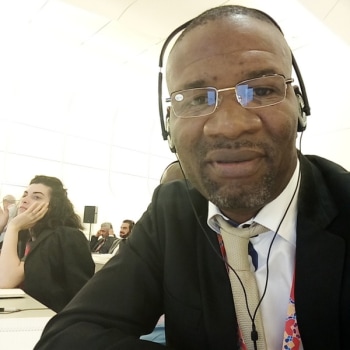 Yes
It is already a daring bet to want to think of finding a symbiosis between the non-place and the conventional place.
It should not remain in the utopia or the imagination, but rather should be concretized, materialized and even become a functional reality.

Thank you for your Feedback Sir! I will continue my research on Heterotopia as my master project.

The following project will invite the reader to engage with our proposal for a non-fragmented, super compact and gentrification-resistant design while reimagining the ephemeral thresholds between two anchored realms ; The Transient Recipro[City].

This is the realization of a non-place, or as coined by Michel Foucault; a Heterotopia.

The metaphor of eternal change is best embodied by the terminal, an in-between space or, as coined by Marc Augé, a non-place. The terminal is a reflection of an adaptable environment, tailored to the needs of the nomad community whilst they are positioned in a suspended state of presence, which gives “the illusion of being a part of some grand global scheme: a fugitive glimpse of a utopian city-world.” Augé´s argument for the generic terminal and its in-between condition is the symptom of super modernity in which “people are always and never, at home.”

Airports are a strong representation of non-places, despite their gradual abandonment of the conventional, more practical aspect of existence. This abandonment is due to the favouring of emerging hybridised entities that imitate malls and leisure programmes to generate revenue, as the distinction between non-place and place is that the former, unlike the latter, has no physical, cultural or emotional contextual connection. On the other hand, the Universities has established a desire to anchor itself to place and values regional identity over global mobility. In a world where airports lack representation of place and universities lack place-bound programmes, we’ve discovered an opportunity where combining both place and programme could effectively unlock and globalise Dundee’s academic character.

As this project is positioned and thought of to function within a dystopian realm is the building materials built with its structural size in mind. Ultra-high performance concrete allow the structure to be thinner, stronger and
extremely moldable. Further is the location by the waterfront utilized by a water heating system running up the structural drum and solar panels positioned on the flat roof propose environmental solutions.