Connect. Contact. Communicate. Transformation of the STU campus in Bratislava

The name of the project - Connect. Contact. Communicate - describes the main idea, that lies in opening the space and putting everything in the campus together… more 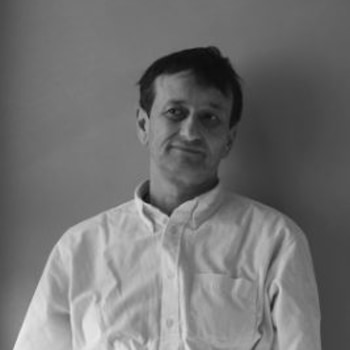 The project is a very successful proposal for connecting the different building parts and spaces in all levels using the existing building and the new bridge building. The idea of having a "connector" working in relation to the central building connecting everything is a very smart and practical idea. Someone could have some concerns on the shape of this bridge building, the idea of not having an actual autonomous presence within the courtyard and that the visitors have different glimpses of it from different points of view is a good idea, but this new structure cannot easily be read as an insert. The materiality of the bridge could be more diverse than the one of the building. There is no practical flow, but I would suggest that the landscape of this courtyard to be a bit more elaborate having a concept of its own, either compatible or not to the buildings with a distinct material configuration that will be consistent throughout the outdoor areas. Probably due to the visuals and the chosen textures, the supposedly unifying courtyard seems a little bit scattered in pieces and do not provide the sense of wholeness. This is also probably due to the new addition of the bridge that is hovering above and -that is right- does not have any columns. One simple way to connect things more would be to have at least two exits (or connections) with staircases from the bridge down to the courtyard like the very successful staircase coming down from the bridge on the left of your main picture. If this is one way to connect, one more stair would make it more connected and an essential part of the courtyard. Thus, this bridge building will act as an even better connector enhancing your idea much more. For the bridge itself, it could be a more playful and articulated object with its own character and presence, without resembling to the rest or by being as much transparent as possible. These are, of course, small comments for the final excellence, I would like to see explorations (maybe in a preliminary level) of different approaches to this "connector". It is a very "serious" approach and I have the feeling that it could be a bit less ordered. Thank you for sharing your project and your idea with us and good luck to your architectural endeavors, your project shows a mature person with an established technical and conceptual background.

Dear Mr. Antoniou, thank you very much for your feedback. All your notes are really helpful for me and I will try to apply them in my future works. Some of the things you mentioned (like adding staircases and more work with the landscape) were actually the things that I was also thinking about after the completion of this project. So I'm also happy that I heard same ideas from such an experienced professional as you are. Thank you again for your time and kind words!

you created a very nice project. It is very important to think of immobile people. Especially enough space in the bathrooms for wheelchair handling. It is also good to use a special WC frame (product code 39140000) for anchoring ceramics and with fixing elements for handles.

And last but not least to use special faucets with longer lever (product code 23987003) what is standard for disabled people.

If you designed a building in Leed or BREEAM, there must be products that have the ability to support these certifications. Here, however, you need to supply to us, what level of certification you want to obtain.

that's really interesting project. I have just a few remarks about dimension limits.

There are several doors on the first floor that seems to be too high (section A). Please note that the standard door vent should have a maximum height of 3 m.

Also in section B-B there is a stick facade next to the stairs that has no supporting beam from inside. Please note that the maximum height of the facade is 8 m and if there is no supporting construction in the middle of this height, the mullion profiles could be up to 300 mm deep and reinforced by steel inserts.

The name of the project - Connect. Contact. Communicate - describes the main idea, that lies in opening the space and putting everything in the campus together. The new building, that actually uses the skeleton of the old laboratory building, has connected existing faculties under the ground level. New innovation center has a big parking in underground floors, so at the same time the problem with parking is solved.
For better understanding of the concept I have prepared the schemes in the project portfolio.

DEFINITION AND PURPOSE OF THE BUILDING
The subject of the project was the design of the representative center of the Slovak University of Technology in Bratislava and the transformation and improvement of its courtyard, which currently includes many temporary buildings. There is also an old laboratory building, which the investor would prefer to save. The facades of this building are in poor condition, but its skeletal construction system is still strong and well-preserved, so it will allow the building to be reused after the reconstruction. Another reason to preserve the building is its convenient location in the middle of the courtyard, where it can be easily connected to other faculties. In my design I therefore decided to take this opportunity to preserve the construction of the building.
The new innovation center is multifunctional: most of it’s space is left for laboratories, the building also houses an innovation center and start-up center, Rectory's offices, a science and research presentation center, exhibition, common and multi-purpose spaces, a canteen, a fabrication center and a library.
A new superstructure was placed on the mentioned laboratory building, working as a bridge between the surrounding faculties. Crossings are connected to the communication spaces of neighboring buildings (faculties of Chemistry, Mechanical Engineering and Civil Engineering).
The campus is designed as a public space, providing a wide range of uses. The whole courtyard was opened, parking moved under the terrain. The courtyard space is used for recreation and study and can also be used for outdoor events (exhibitions, lectures).

URBANISTIC SOLUTION
The campus is located in the Old Town, which is the historical center of Bratislava. The solved courtyard is surrounded by the buildings of the STU faculties on all sides.
By removing the temporary buildings, shortening the laboratory building by 4 modules in the longitudinal direction and moving the parking under the ground, the opening of the courtyard space was reached, as well as the axial connection with the Freedom Square. Access from all sides is in this case an essential condition for the good functioning of the space, so the existing entrances and ways from the side streets will be unlocked, which will open the courtyard even more and let it functioning as a public space.
The entrances for supply are designed from Radlinského Street, as well as the entrance to the underground car park. In this case, it was preserved in its current form.
Due to the large height differences on the site, the terrain was modified. The space of the courtyard was thus divided into two height levels, connected by ramps and a staircase with sitting stairs.
Green areas and wooden benches, a multifunctional square in front of the main entrance to the building in line with Náměstí Svobody and a water feature were designed in the courtyard. The space inside is open and passable, from any side you can get to the designed object and to any other building.

ARCHITECTURAL SOLUTION
The new building consists of the skeleton of an existing laboratory building and a new superstructure on it, which on the third floor connects the surrounding buildings. This bridge has a "T" shape with rounded corners.
Some faculties of the courtyard are poorly maintained and their appearance is relatively sad and gray regarding to the time of construction. Therefore, there was a need to "light up" the campus with a new building, not only using a light coming through the glazed facade, but also using colors. Therefore, red was chosen as the main color, which is used on the parapet panels of the facade system in the laboratory building. In combination with white rotating shading slats, the glazed facade looks elegant and the red color does not hit in the eyes. The facade of the bridge is designed similarly, but there are no shading elements on it. On the contrary, the steel lattice system was moved in front of the glazed facade and highlighted with the same red color which is used on the panels of the main building. The rest of the facade is designed in white, which supports the color of the shading slats and helps to strengthen the impact of the supporting structure.
The roof of the laboratory building is walking. There is a recreation area and an amphitheater on it, which can also be used for outdoor lectures. Entry to the roof is possible from the 3rd floor.
Another green roof is designed on the existing FCFT lecture halls. The structure of these halls due to structural reasons will be used for supporting the bridge construction. The entrance to this roof is also designed from the 3rd floor of the new building.

SPATIAL SOLUTIONS
The new center consists of 3 floors above ground and 2 underground floors. The main entrance is designed from the new built multi-purpose square. The main hall can also be entered from the two-storey underground car park. The laboratories and the Rectory’s Offices have their own entrances.
The location of the innovation and start-up centers were not chosen randomly. These centers are located as close as possible to the existing innovation center, located somewhere between the faculties of Mechanical Engineering and Civil Engineering.
As it was already mentioned, the bridge in the 3rd floor is connected to the communication cores of neighboring buildings, which allows fast transitions between all buildings. Such possibility is especially important in case of bad weather: from the underground car park through the new building you can get to any faculty.

The construction system of the building consists of the existing reinforced concrete skeleton of the old laboratory building and the steel truss structure of the bridge, which rests on the supporting skeletons of neighboring buildings. The skeleton of the main building consists of transverse reinforced concrete frames, consisting of columns and girders. The ceiling structure is made of ceiling reinforced concrete panels. Stiffening of the structure is provided by two communication cores, the walls of the hygienic core and the HVAC shaft. In the 1st and 2nd floors, additional rigidity is provided by the construction of a two-storey heavy laboratory.
The structural system of the underground car park is separated from the existing structural system, further expansion joints are designed in the transverse direction of both separate skeletons.
The massive lattice steel structure of the bridge connects the buildings of the campus. In the place of the largest span, this structure rests on the roof of the FCFT lecture halls, which significantly reduces the span. The floor and ceiling structures of the bridge are formed by a three-dimensional lattice structure.
The lightweight façade system FWS 50 is supplied by SCHUCO. It consists of glazed panels made of clear glass and window sill panels made of aluminum. This facade system has excellent thermal insulation properties.