Re-imagining Beirut’s coast as a line that belongs not only to the port, but also to the people. The morphology of Beirut’s coast exemplifies the importance of… more 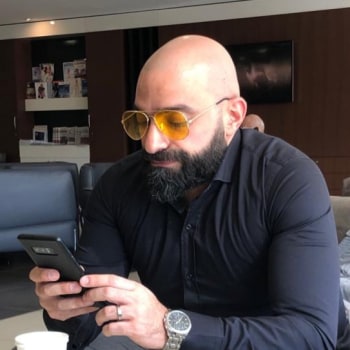 I am an Architect and i manage my own design office, in addition to professional experience i am a… more

The idea of the temporary housing in this area is very appreciated as long as it stays temporary knowing that the port area
is a highly active zone during the day as well as the night so practically not suitable and comfortable for living so beware of the housing implementation.
I personally prefere that the the housing architecture do not have the same language as Karantina, as you mentioned, for 2 reasons:
-first, it is a new construction and should not duplicate the old patrimonial architecture.
-second, it is multi use architecture since you are planning to use it later for other function so it should acquire more a multifunctional character.
The idea to make the water front more accessible to public is great but you should emphasize the links between the highway and your project.
Graphically speaking , the project could be presented with more conceptual diagrams emphasizing the modification you are working on in comparison with the actual state of the site.
Hope my comments will be helpful in your future project development.

Re-imagining Beirut’s coast as a line that belongs not only to the port, but also to the people. The morphology of Beirut’s coast exemplifies the importance of the port and how thorough time it kept expanding into greater efficiency.  Looking from an international perspective, Beirut’s port proves to be in a strategic and important location in relation to the middle east and gulf region. It is important to note that this trade route consists of transshipment activity taking place in Israel, which is usually rejected by the Arab and gulf region. There are 4 ports in Lebanon, with the port of Beirut and the Tripoli port being most important in terms of import/export. Also, as seen in the aerial photograph, the port consumes the most area of 120 Hectare. The port consists of a container terminal, general cargo, vessel terminal a free economic zone and other necessary functions. All these functions surround Karantina and form a private accessibility belt. Through different approaches, massing and scenarios, we are re-envisioning Beirut’s coast. What if coast is shared by the people and the port?
There are several approaches already proposed to reconstruct or rezone the coast. The several approaches proposed by Roland Berger more or less propose the idea of reconstructing and expanding the port and implementing public green spaces and high-rise towers. The proposal by CMA CGM give a similar approach but focuses on expanding the container terminal. Though such a notion is suitable, we believe that there is a more efficient and modern way to apply it. We propose constructing a linear port into the sea, as a hub for transshipment. Such activity will not only act as a gateway to the Arab region, but also aid in boosting Lebanon’s economy. As for the area that will remain, we plan on extending it into Karantina as a linear city that caters to Karantina’s needs post blast in the form of temporary solutions. Also, our approach will introduce a spine network starting from Karantina, which will connect it to the repurposed area. The approach forces two linear cities. The first linear city is one of efficiency, designed to extend the port into the sea and establishing a transshipment hub. The second linear city is one of interaction and adaptation, implementing the needs of Karantina post blast in a temporary fashion while also including productive areas to serve the population.

The design began by directing the area’s transportation nodes, spine network and street network. The transportation nodes consist of multiple bus stops that allow for easy access to the area. Following that is a network of vehicle and pedestrian spines that run through the city, creating important nodes that will later be used to disperse the functions. The street network is based off of the spines with the central one being a vehicle and pedestrian spine; however, the coastal spine is only accessible to pedestrians. The design layers of the functions begin with having the productive areas as a base for the area. Following that, the nodes disperse the temporary needs along the spine. Between these two areas are buffer services that begin the transition between the productive and temporary area. Finally, the waterfront is reclaimed and dedicated to the city, labeling the waterfront as a gift to the city.

The zoning of the area consist of temporary, productive and buffer functions. These are laid out in a form that allows for the area to be walkable, efficient and interactive. The temporary needs are designed to be of usage of the people who lost their homes, valuables and belongings in the blast. The temporary areas consist of housing units, medical centers and educational institutions. Taking housing as an example, the same language of dispersity that is present in Karantina’s urban fabric is used here while adding more structure to the forms and their placement. Housing units consist of 200-300 m2 living spaces at a building height of 3-4 stories. The housing units are not only dedicated to housing the people, but also include functions accessible to the citizens. Workshops, co-working spaces, warehouses, essential services and other function are directly accessible in these housing units and are often found integrated in the apartment buildings. Since such functions are made for temporary use after the blast, they are designed to be later adaptive to surrounding functions and made use of in different ways. The waterfront is reclaimed to be used by citizens who were long deprived of such usage. The waterfront is labeled as a gift for that reason. The waterfront will be designed to have functions that are accessible to all citizens, and will extend its arms to karantina. Karantina will now have access to coastal functions that were never accessible due to the port blocking the waterfront. The initial function that the waterfront will take is a sports complex that has sport fields accessible to the public. The same ideology will continue to ripple through the remaining areas of the waterfront, creating areas for the people of karantina and Bierut.