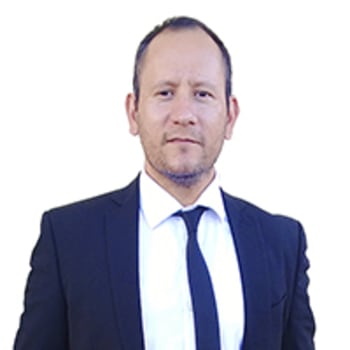 The project is quite interesting and is very well resolved.

-You use mostly materials from the area.
-Location and orientations of the buildings is well studied.
-And the main idea that is to encourage and promote the use of environmentally friendly materials is of great weight to justify the project.
-The Representation of the project is quite complete, as well as the Renders show the idea very well.

My recommendation is: complement the project with the use of other sustainable technologies such as Solar Cells to sustain the energy used, in addition to locating an Absorption Well to capture rainwater and make the proposed covers more effective.

Thank you for the enlightening comment. I really appreciate you for spending your valuable time commenting on my project.

Exploring the new technologies and construction details of the rising softwood construction industry, and exposing the technology, detailing, feeling, texture through the building itself, while promoting local timber and its potential.

The project is a collection of two projects, softwood research center and softwood promotional center at two different contexts.
In current construction industry, softwood construction trend is on a rise. But in the Sri Lankan context that cannot be seen due to many reasons. Some of the problems observed are the unfamiliarity of people towards it because the technology is new and there is a lack of skilled labor and detailing.

The main idea of this project is to familiarize this concept among people while exposing all the detailing, joineries, and capabilities and potential of the material from the building itself. The key objectives are to familiarize, expose and to create a platform for local craftsmen.

The project has a multi-staged program, where the main research building is situated in Haputale, a sub-urban area which is in hilly zones in Sri Lanka is the core of the project. And the promotional center will be designed at several urban cities in Sri Lanka. The pilot project is designed through this project at Nugegoda, a highly dense urban city in Sri Lanka.

At Haputale, responding to the linear, narrow site and the railway, the building takes a linear form with a single pitched roof to respond to the wind and humidity. The zoning was created automatically from the terrain of the site, starting from the public zone and then the semi-public zone, where even public too can visit and experience the building and the process happening inside through double height spaces. The private zone, where the accommodation is provided, is separated from the main wing.

Unlike in the above-mentioned context, the promotional center is situated in a highly dense, urban, and chaotic context. Taking that into consideration, the building had to be a simple building in the urban context. Orienting the longer façade to the main road to gain best readability from the public, it has green comforting spaces behind the design where it would invite the public to walk through and experience the building eventually.

The connections of the two buildings are made through its detailing. But the forms are different responding to their contexts and functions. This applies to the promotional centers which are to be emerged in the future too.

Both the projects are erected using treated and well maintained Cross Laminated Timber using softwood. The main strength of the project is the availability of raw material in the locality. The superstructure, flooring, paneling, stairs, and almost everything is done using softwood. The front facades are replaceable and open for innovations done in the research center. The current design’s facades are done using translucent timber panels which is also a research product of the research center. All the detailing used are exposed to its best level for public to experience the technologies of softwood.