University for Business and Technology - UBT

The developed project aims to provide solutions to the key problems that the capital of Prishtina has. After reviewing the case studies, the review of this… more 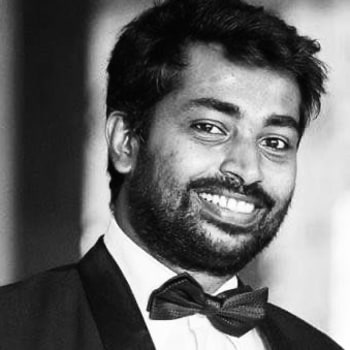 We are all a part of nature, what we take from nature needs to be returned back in a sustainable… more

I believe this is a great approach to mixed-use design for a more cohesive human habitation. I like the fact that this building created an interesting setback from the roads and in-between the building as per the section with more sky view. This is great in terms of rich visual experience in the public space.

I wish if you could express the connectivity of the project with the other activities and city centers we could generate more ideas on how to build an innovative form derived from those contextual forces and which doesn’t have to be symmetrical repetitive.

Further, since you express an interest in biophilic and bioclimatic designs your complete building form could be derived contextually, as a tree forms its structure responding to the environment. Different facades could be treated differently and shade the building without extended balconies, you could have generated more usable floor area for the building which is quite crucial for mixed development projects to be financially feasible.

Hello Mr. Edirisooriya Arachchige Tharanga Suresh
Thank you for your criticism of my work.
I appreciate your criticism and will use it in the future in other projects.

Mixed-use architecture is the practice of allowing more than one type of use in a building or group of buildings. In other words, it could mean a combination of residential, commercial, industrial, office, institutional or other uses. This tends to create shorter distances between work, residence and recreation and goes a long way in increasing the livelihood of residents. It is also very effective in preserving the environment, as almost all the necessary services are in the building or around it, which allows a short way to get a service and the use of fuel cars is almost unnecessary and more in this direction we go towards architecture that enables 0 carbon imitation. A mixed-use building aims to combine three or more uses into one structure. Whatever the combination, it combines several uses within a building or in a small area.
Mixed-use buildings are objects with more than one use. The structure of a typical mixed-use building allows the entry of at least two groups of users, where both groups benefit from the presence of the other. Proponents of compact city policy argue that mixed-use buildings are necessary to achieve compactness. Demand for density in developing cities is growing as land prices are rising and there are almost no vacant plots in the centers. Although there are no universal measures for low, medium and high storeys, I believe it can be related to the location and characteristics of the city. In some countries ultra-high densities are generated by different conditions and local origins and can not be compared with European examples, or with our urban development, also, terms based on low-density, medium and high-density buildings, different meanings and values ​​in small, medium and large cities, especially for developing cities like Prishtina.
Some benefits include: greater variety and density of housing, better energy efficiency and sustainability, stronger neighborhood character, better integration with city services such as public transport, more flexibility to adapt to changing needs, thus increasing the long-term life cycle of the building. This type of planning can transform a business circle that closes at night into an area that is lively all the time. It can bring together people you would not normally meet, pick up cars off the road and even provide much-needed oases of nature. Mixed-use buildings always need some sort of entrance control system to ensure that residents, shoppers, and business people only have access to common areas and their private locations. Transportation solutions play a big role in keeping these areas segregated as they get people to their destinations as quickly as possible. Benefits of nearby services, economic and environmental.

The floor plans considered in the topic are only those of residential housing, without including duplex dwellings and other functions. There are several different typologies examined (figures). It is important that all typologies of dwellings continue in verticality, but each floor as seen in the figure is reducing the dimensions and attraction. Dwelling life is a uniform organization of living in the community / collectivity, through common interests and things in common but often with inconsistent tastes and needs of people of different age groups, professions and generations (parents, children and grandparents). The purpose of housing typologies is to provide sufficient flexibility for families of different compositions to create a healthy environment that promotes the proper physical and mental development of residents in a family and in the community that embodies this housing - collective housing. The solution of the organization and extension of the apartment is made taking into account all the vital processes that take place in it - the attitude, commitment / profession of family members, management, food preparation, communication of family members among themselves and with other persons, as well as personal maintenance and hygiene. Zoning is done in each apartment by dividing the areas, service area with private and social. Where the noisy and quiet area of ​​the building is treated. Aspects of economy and efficiency of operation of multi-apartment buildings have been incorporated since the first stages of design. To define the economic efficiency of the planimetric composition of a dwelling / apartment, the main factors are the habitable and usable area in m2.
The main materials used in the exterior facade are different, mainly from the laminate manufacturer. Some of them are expressed below. Environmentally selected materials that guarantee the highest performance. Among these, Laminam tile is used both internally and externally due to its natural composition and environmental compatibility, as well as for its resistance to external stress and its aesthetic qualities. Particular use has been made of the Focus Piombo finish, both inside and out, by the band that characterizes the exterior architecture and serves as an innovative elevator to the terraces, to the interior floor in the fitness room. The collection, whose origin lies in the initial force of nature expressed through pure and essential elements such as Rock, Lead, Earth, Salt, is combined with Laminam tiles with wooden appearance, respectively Legno Venezia, with the completion of Sabbia, installed in exterior terrace ceilings. Minimum thicknesses of 3 and 5 mm, reinforced at the back with fiberglass, facilitate installation even at high heights and ensure high technical performance in terms of resistance to marks, scratches, impact and wear, sudden changes of temperature and UV rays. Environmental sustainability, style integrity, research and design, innovation, has led to the ideal choice for the exterior facade. This is because architecture can respect humanity, nature and society and ensure that they coexist in total harmony. It uses a completely natural material, but at the same time technologically innovative: Large size Laminam tiles, with minimal thickness, from the Filo series in Brina color. Filo is known for its stunning structure, inspired by the image of an infinitely repeated iridescent thread, intertwined so that it blends seamlessly into a metallic fabric. The Brino and Rame color used to cover the airy façade is a clear reference to the golden color, a precious metal. Filo series tiles with a metal thread can not be cleaned with acid-based products. If the adhesive residue or dried filler (cement or epoxy) is not removed immediately, it may become impossible to remove. We recommend cleaning the surface quickly at the end of the installation and storage operations with water and gently, cleaning the sponge to ensure the removal of all debris. If acid / alkaline detergents are used, they should be tested in a concealed area and rinsed immediately. While in the office and administration spaces are used moving profiles for light control and ventilation. The cover of the green terraces and vegetation is from a new layer. Urbanscape® - Izolim Knauf. Urbanscape® Green Roof is a lightweight and easy-to-install system with a high water-holding capacity, created specifically for green roofs on all types of flat roofs. Urbanscape is a complete system consisting of a root membrane, drainage system, Substrate Green Roll and a sedum-mix vegetation layer. The substrate is the wise part, made of a mineral wool without bonding chalk. With a saturated weight around. 1/3 of land-based systems, Urbanscape has great logistical benefits (a 20 mm roll pallet is equivalent to 14 tonnes of land per 100 mm). It is therefore very suitable for both reconstruction and new construction.